A test mule of a Ferrari SF90 Stradale has been spotted around Maranello. Eagle-eyed readers might find this to be different compared to the regular SF90.

At first glance, this appears to be a prototype of a track-focused version. The car has a more aggressive front bumper with an extended splitter and a reworked hood. There have been rumors indicating that the next Ferrari Challenge race car would be based on the SF90. Could this be an early mule of the upcoming hybrid racecar? 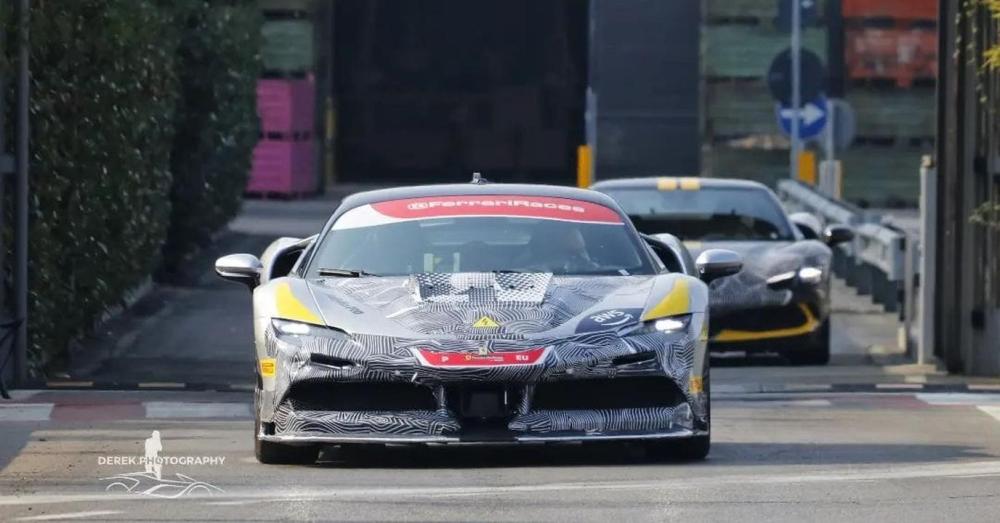 If that is the case, then the SF90 would replace the current 488 Challenge Evo, and we might see more prototypes with racier bits. Speaking of which, photographer Derek Cornelissen has seen one with a large rear spoiler similar to the 488 Challenge.

The track version of the SF90 could use the same hybrid powertrain. The decals on the test mule seen here suggest that it is indeed a hybrid. The road car uses a 4.0-liter, twin-turbocharged V8 engine that produces 769 hp and 590 lb-ft of torque. The internal combustion engine is assisted by two electric motors mounted at the front and one at the rear, adding another 217 hp for a combined output of 986 hp.