The SF90 Spider uses the same powertrain as the SF90 Stradale that was launched back in May 2019. It’s a 4.0-liter, twin-turbocharged V8 engine that produces 769 hp and 590 lb-ft of torque. The internal combustion engine is assisted by two electric motors mounted at the front and one at the rear adding another 217 hp for a combined output of 986 hp. The powertrain is hooked up to a 8-speed dual-clutch transmission. 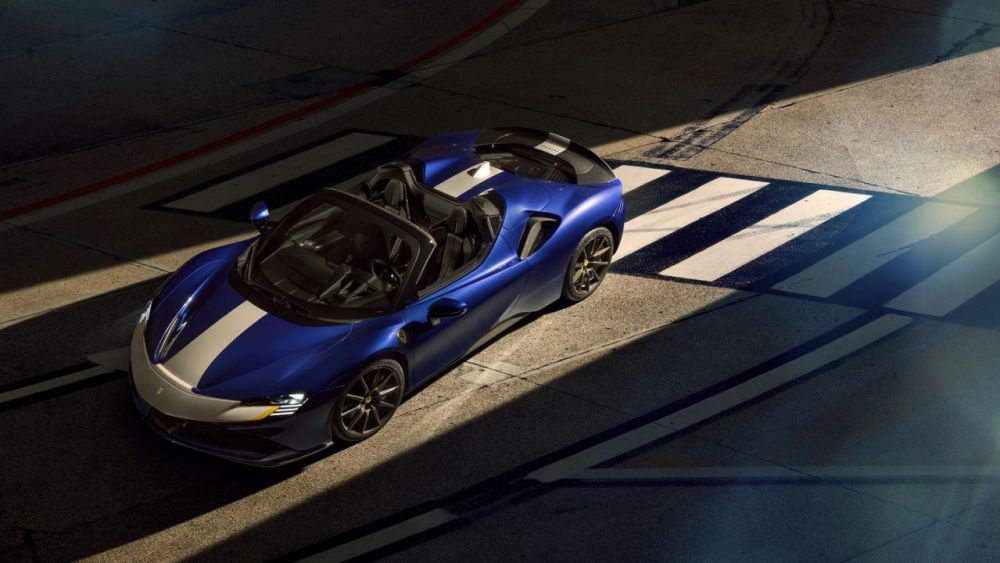 The car has three powertrain modes – electric, hybrid and 4WD hybrid. In electric mode, the 7.9 kWh lithium-ion battery offers 16 miles of range. In this mode, top speed is limited to 84 mph. Ferrari claims that Spider will do 0-62 mph in 2.5 seconds and has a top speed of 211 mph. Compared to the coupe, it takes slightly longer to reach 124 mph though. 0.3 seconds more to be precise. 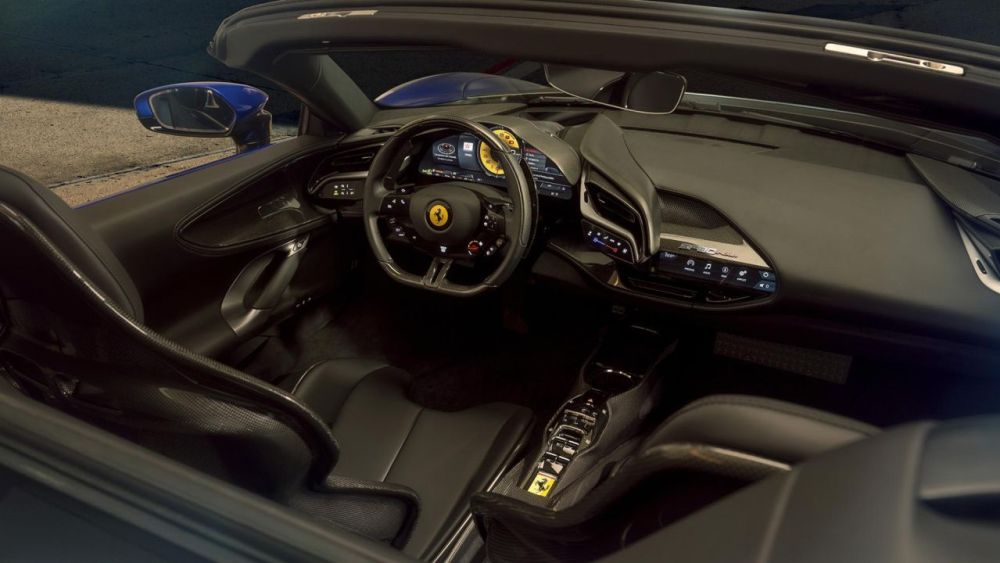 The SF90 Spider gets a retractable hard top and that’s the only major difference between it and the Stradale. The roof can be folded away in 14 seconds. The rest of the bodywork is also similar to the coupe and features the same vortex generators at the front and a shut-off gurney at the rear.

The interior of the car is identical to the Stradale. The next generation cabin features haptic controls and a 16-inch curved display for the instruments. 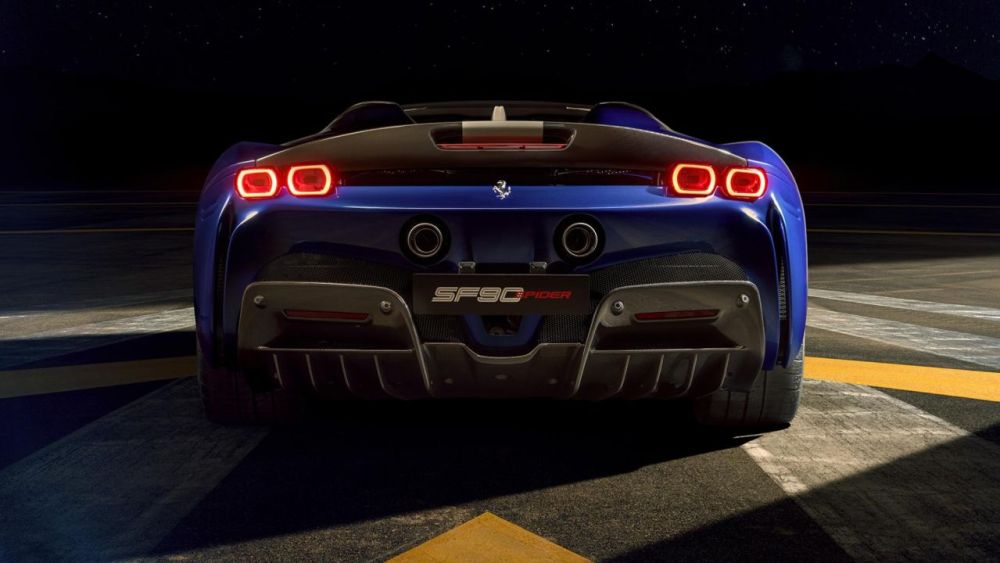