Watch the factory driver recreate an Ant-Man movie scene when spy videographers spot him driving around the facility in the Ferrari Purosangue SUV prototype!

It translates to “thoroughbred” and though that sounds pretty meaningful as the name for a new Ferrari, “Purosangue” isn’t going to be that easy to pronounce. We’ll learn to, eventually. Anyway, eagle-eyed spies have spotted an unusual prototype being driven around Ferrari’s facility in Maranello. All bets are on it being the Ferrari Purosangue SUV which is scheduled to make its debut in 2022.

That’s a long way from now and it’ll be at least 2020 before we see the damn thing in a form which will even remotely resemble the production version. But this video featuring the test mule – not surprisingly in the garb of a Ferrari GTC4 Lusso – does give us some clues on what to expect. 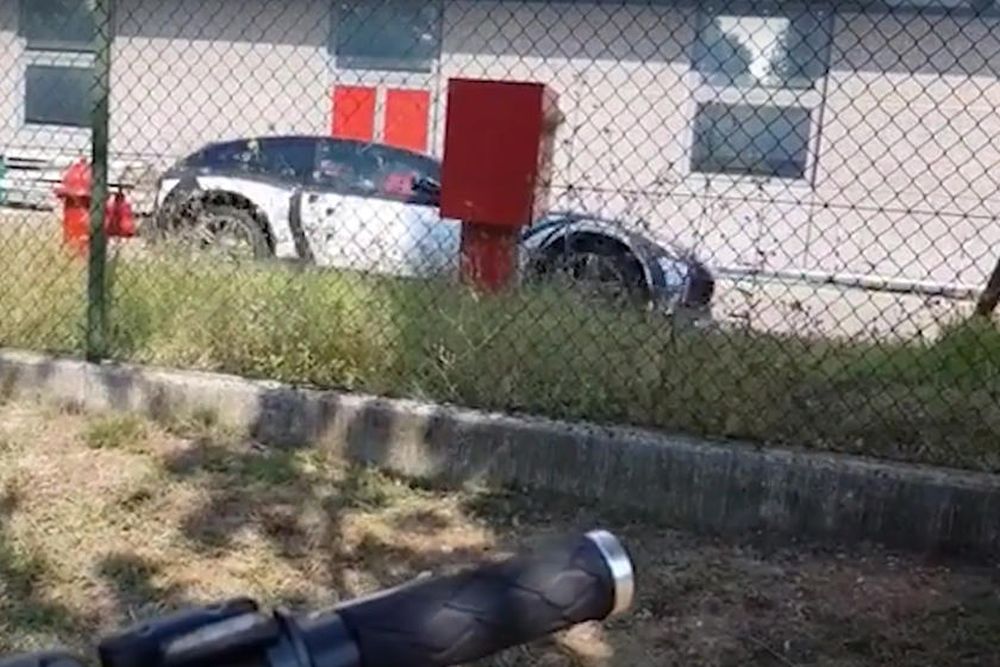 The raised suspension and the extra room in the wheel arches indicate that the Ferrari SUV test mule is running around on the all-new front mid-engine platform. That’ll be the platform on which the replacement models for the current line-up will be made. Featuring transaxle transmission and a dual-clutch unit, the platform is scalable to accommodate non-electrified AWD and seats for four.

The engine note seems to suggest that a tuned version of the 3.9-liter twin-turbocharged V8, that powers the GTC4 Lusso T is under the hood of this particular Ferrari Purosangue SUV prototype.

While there is hardly any clue regarding the styling that you can expect, we do believe that the Ferrari SUV will be coming with suicide-style doors, That will let the designers play around with the looks. After all, it’s a Ferrari, and customers would love to see the SUV bearing some sort of a coupe resemblance so that it will look fabulous when parked alongside its stablemates.

You got to admit. This video reminds you of that scene from the first Ant-Man movie where Luis and crew back up their van on seeing cops around Scott’s house. Don’t take our word for it. Watch it right below.