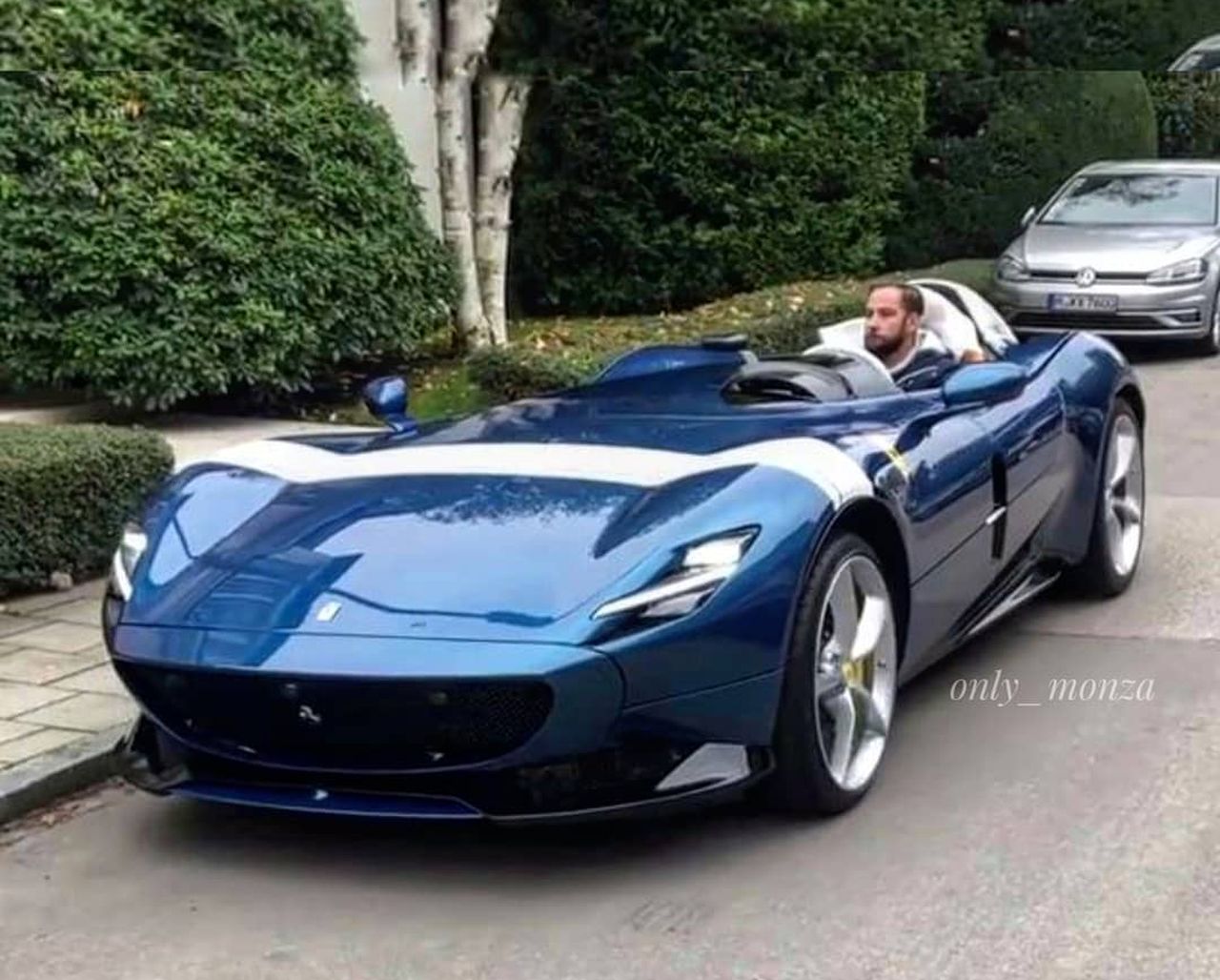 Last month, Gordon Ramsay took delivery of his Ferrari Monza SP2. But, he’s not the only one who has received the keys to a new Monza in the recent past.

Another avid supercar collector who goes by the name @mister_stay on Instagram has also taken delivery of a Monza SP1. The car is finished in metallic blue with a white stripe on the bonnet and a white painted roll over hoop cover. Being the single-seat version of the Monza, it has a tonneau cover on the passenger side. We think it’s a really classy spec and suits the Monza.

Ferrari is said to be building around 500 examples of the Monza. While the exact price of the car is not known, it is rumored to cost around £1 million.

@mister_stay also owns a blue 365 GTB/4 Daytona. Perhaps that’s where he got the idea for his Monza SP1 spec. The spec on his 488 Pista Spider is also rather unique. It features the same livery as Niki Lauda’s 312T2 Formula 1 racer.