The Ferrari hybrid supercar that we all have been waiting for has reportedly leaked ahead of its launch. This image, which surfaced on social media a short while ago may have been taken during a private unveiling.

The image shows the car in side profile. In this angle, it looks similar to the F8 Tributo. However, we think the design may have been inspired by the limited edition Ferrari J50. It appears to have horizontal headlamp cluster with vents on the front bumper. The side vents appear to be re-positioned and blend in with the rest of the bodywork. It looks like the new model is likely to get a glass engine cover instead of the perspex deck lid that was introduced on the F8 Tributo. Moving to the rear, the car has twin tail lamps and a substantial diffuser.

Reports suggest that the new Ferrari hybrid supercar is likely to be powered by a twin-turbo V8 engine with a hybrid drive comprising of three electric motors. The combined output is expected to be around 1000 hp. However, this is yet to be confirmed. 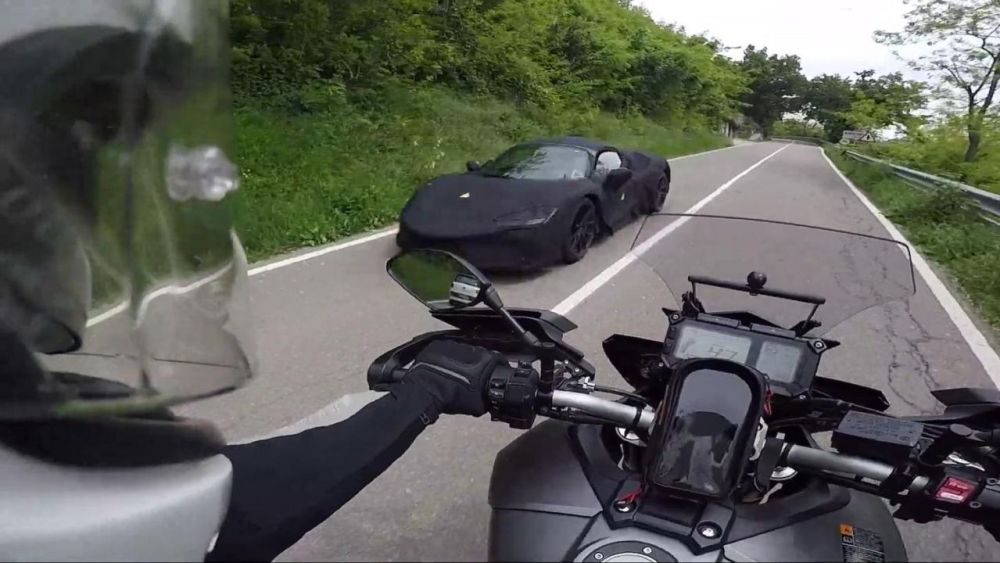