A Ferrari Enzo has been destroyed in a crash in the UK. The accident took place on the island of Jersey while the supercar was being delivered to its owner. 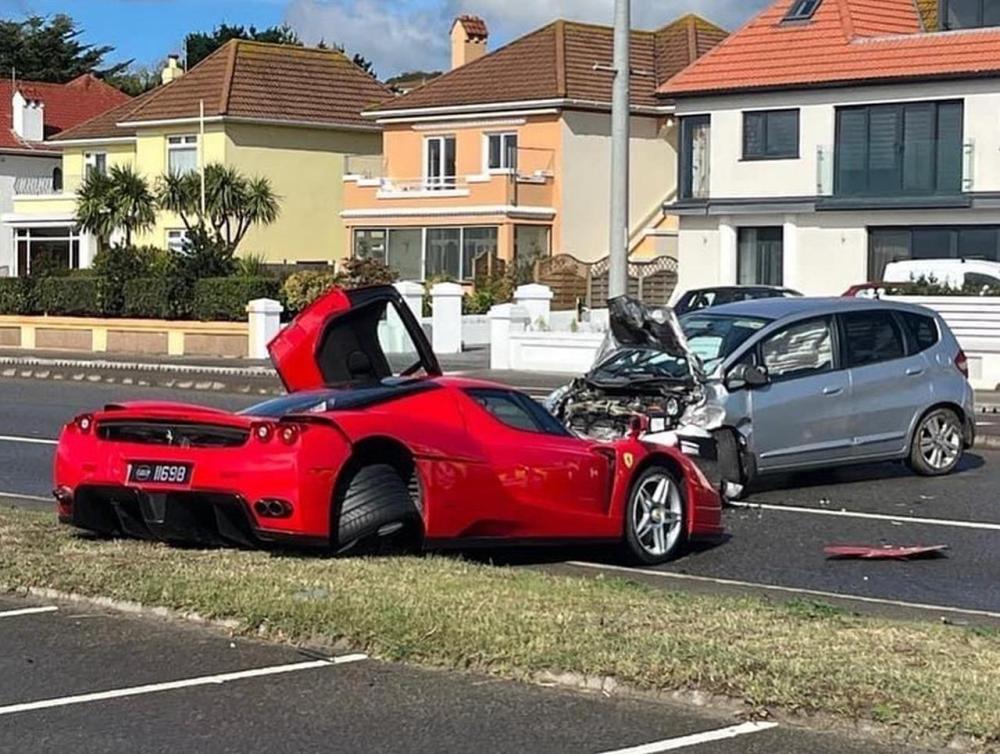 According to reports, Enzo hit a median and spun out. At some point, the supercar also appears to have hit a Honda Jazz. No one seems to have been hurt in the accident. However, both cars suffered extensive damage.

Avenue westbound shut as a #ferrarienzo has been totaled 💶 #ferrari #crash pic.twitter.com/dpMgyssQRr

Images posted on social media reveal a completely battered Ferrari Enzo and a Jazz with a smashed-up front end. The rear suspension of the Enzo has been completely ripped off, along with the carbon body panels.

Reports suggest that a delivery driver was at the wheel of the Enzo at the time of the crash. The car is registered to someone on the neighboring island of Guernsey.

Another Ferrari Enzo was wrecked in the Netherlands earlier this year. It was a dealer car and was out on a test drive when the crash took place.