A rare and highly sought after Ferrari Enzo has crashed in the Netherlands. The accident happened in Baarn, near Amsterdam earlier today.

Details about the accident are scarce, but it has been reported that no one was hurt. As for the Ferrari Enzo, well, it didn’t fare well. Images posted on Instagram reveal a mangled mess. 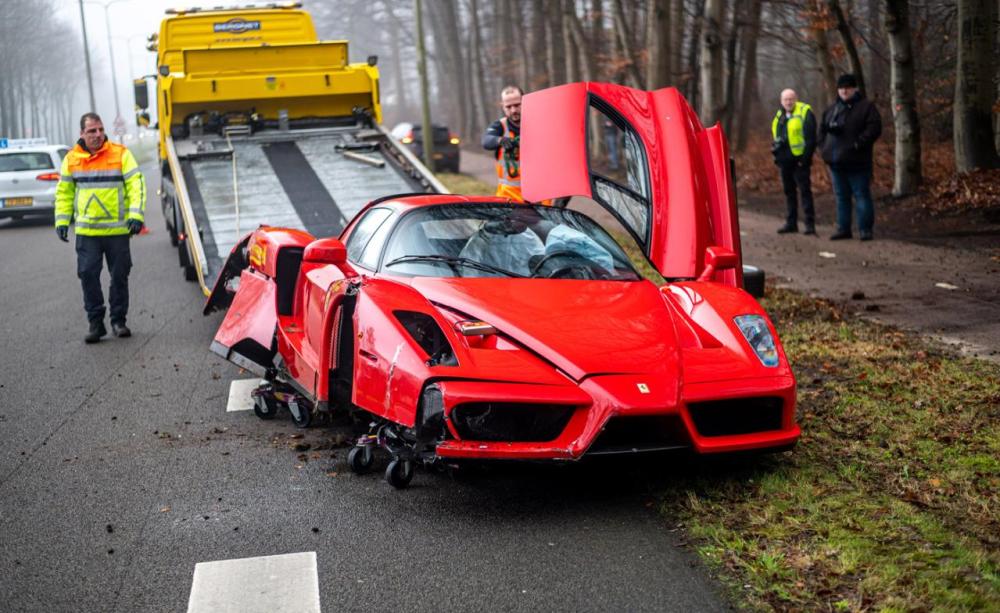 Looking at the images, it seems the right-hand side of the car took the full brunt of the impact. The front and rear suspension have been completely ripped off the chassis, with bits of carbon fibre everywhere. The front and rear bumpers and fenders have been damaged. The headlamp assembly will also need to be replaced. Moreover, it will be a pretty expensive repair job. 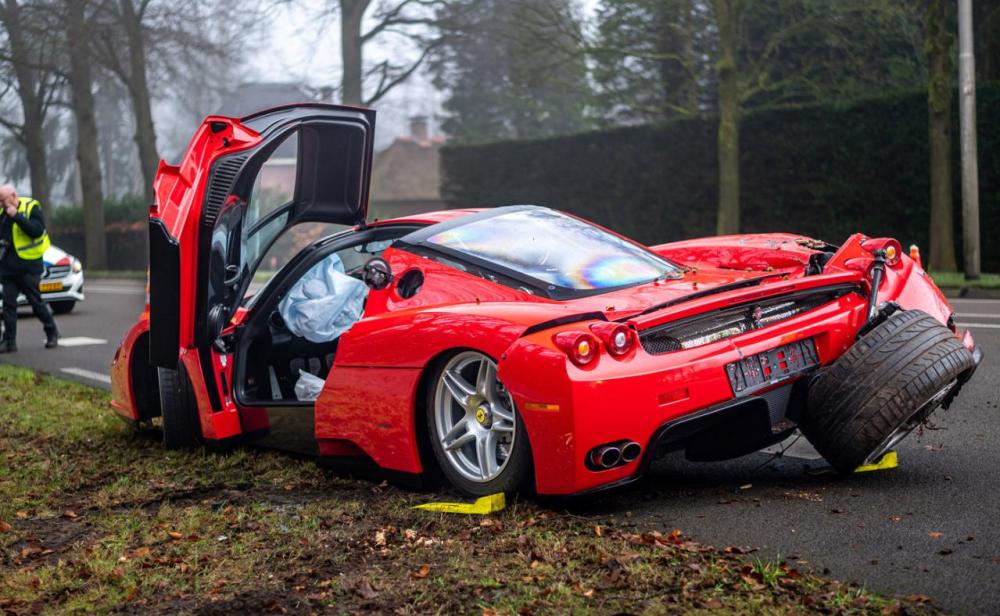 We still don’t know if it was the owner himself who was in the driver’s seat at the time of the accident. In some images, the car can be seen with dealer plates.