The Tail of the Dragon is regarded as one of the best driving roads in North America. Connecting Tennessee and North Carolina, it’s like the Angeles Crest Highway of the east coast. Naturally, it’s been quite popular among supercar enthusiasts. While it’s an absolute blast to drive on the twisty tarmac, it’s always advisable to stay within the limits of talent and adhesion. The driver of a Ferrari 488 Pista Spider learnt this the hard way.

The Ferrari was part of the Epic Adventures Blue Ridge rally and was travelling on the southbound lane. It is said that the car hit a bump in the road known as the ‘Gravity Cavity MM3’. The driver lost control and hit a wall on the opposite side of the road before rolling over. 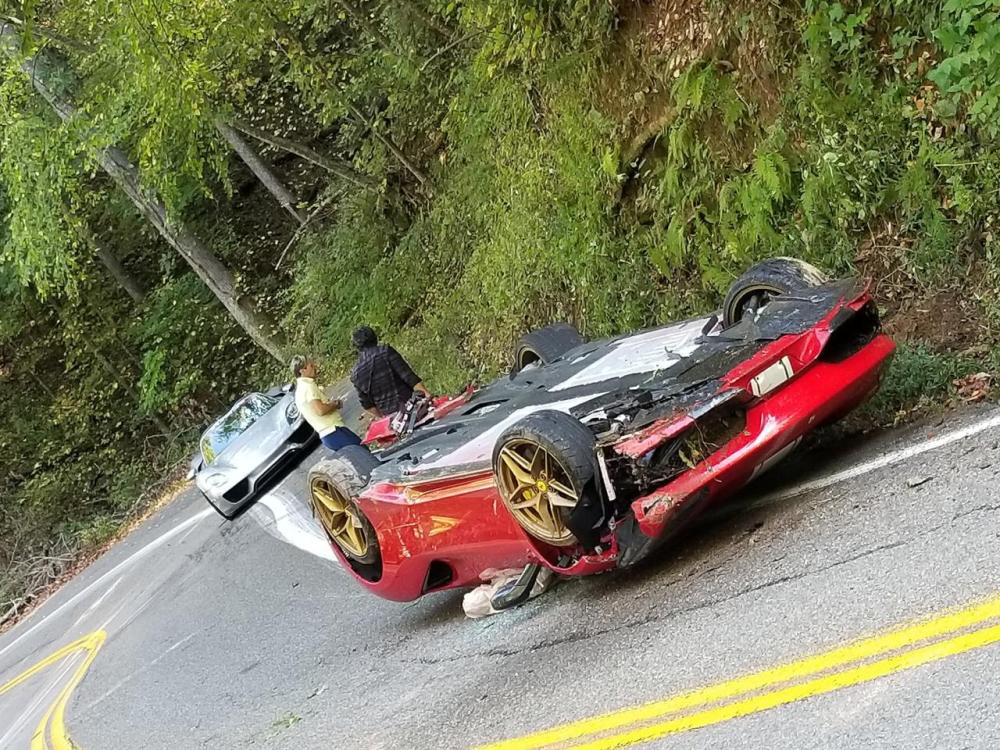 Despite the severity of the crash, the driver escaped unhurt. He was able to crawl out thanks to the rollover hoops. However, the car is likely to be declared as a total loss as it seems to have suffered structural damage.

This is not the first time we’ve seen a 488 Pista crash in such a spectacular fashion. Here’s a video of a coupe that was wrecked in the Netherlands. However, it was a mechanical failure that caused the accident and not driver error.

Image credit: Idiots on the Dragon