Rebuilt from a wrecked state this Fast N’ Loud Ferrari F40 has an interesting history and it found a taker at $760,000. No, it’s not Richard Rawlings.

Richard Rawlings, Dennis Collins and Aaron Kaufman teamed up with their Gas Monkey Garage crew and some seriously-talented Ferrari experts to rebuild a totaled 1991 Ferrari F40 in one of the best episodes of Fast N’ Loud season 3. A whopping $695,000 was spent on the whole project by Gas Monkey Garage in 2013, including the $400,000 which was shelled out to buy the wrecked supercar.

After it was reborn in 40 days with modern tech, the black F40 was auctioned off for $742,500, with baseball star Reggie Jackson placing the winning bid.

It switched hands later as Richard Scott – a Santa Monica parking lot operator – took the extensively modified Fast N’ Loud Ferrari F40 home after parting with $643,500. However, the F40 finally ended up with a US government warehouse after Scott pleaded guilty to conspiracy and wire fraud charges last year. 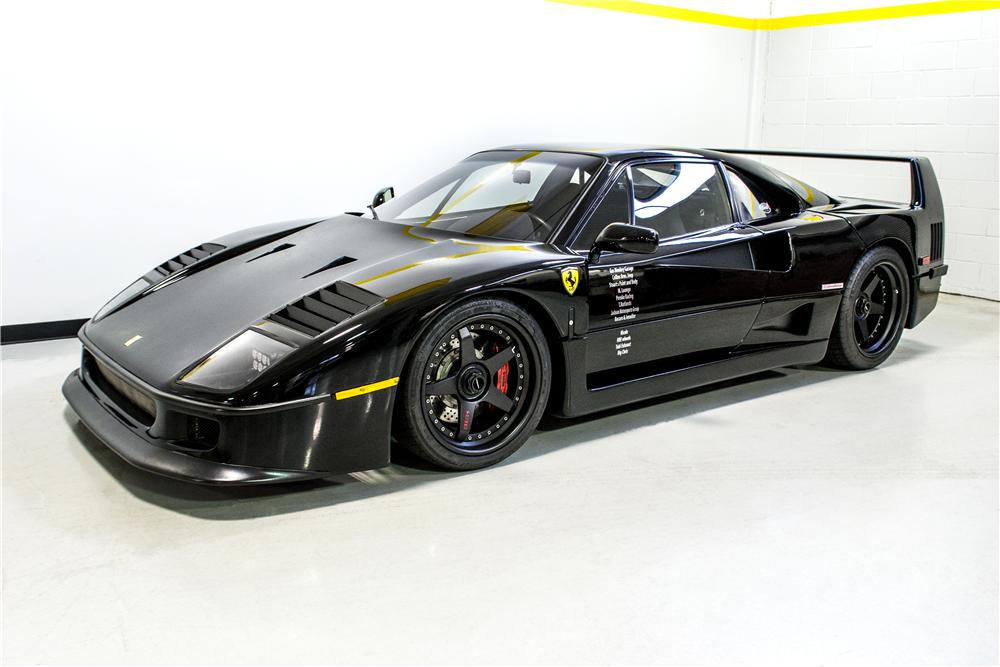 Having scammed the US Department of Veterans Affairs out of $13 million, Scott is in serious trouble and the F40 was among the many expensive cars seized by the FBI from his garage. Considering how valuable the F40 is, it went on to be a part of the Apple Towing Company’s US Marshals auction in California. A handful of Scott’s Corvettes and Ferraris joined the F40 in the auction.

After an intense online battle, the Fast N’ Loud F40 got a winning bid of $760,000. What made the auction more interesting was Gas Monkey Garage showing a keen interest in bringing the car home, to be a part of Richard Rawlings’ collection.

While Rawlings did attempt to buy it back, someone else wanted this one-of-a-kind Ferrari F40 more than he did. In fact, the winning bid turned out to be the highest price ever paid for this example during its eventful history.