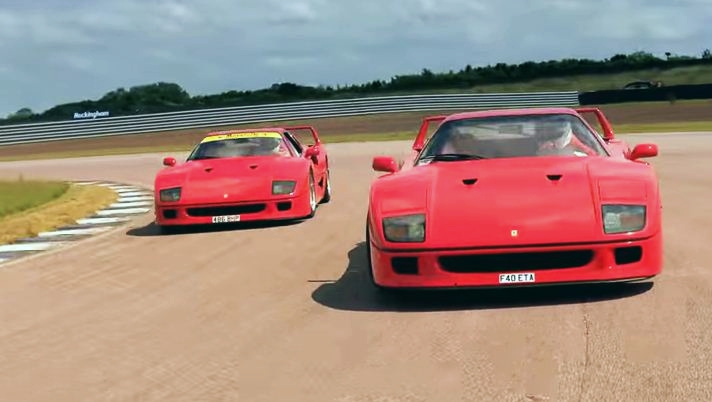 The Ferrari F40 is one of the finest supercars ever to come out of the Maranello factory. The F40 was the epitome of Ferrari technology back the days and the halo car of its era. The F40 was replaced by the F50 and then the Enzo which was eventually succeeded by the LaFerrari. The F40 is considered by many as one of the best handling “analogue supercars “.

This video is about the race car driver who is united with the two Ferrari F40s he has known better than any other. John Pogson has won many races in the F40 and he explains why this car is so special. It is great to hear from a man whose life has revolved around the Italian brand. Definitely, a car that defines ‘Ferrari’.

The low-slung, lightweight F40 is powered by a mid-mounted V8 with two turbochargers bolted on either side. Total output is rated at 471 hp from the 3.0-liter engine which is mated to a 5-speed manual transmission. The car barely tips the scales past 1100 kg and that’s why acceleration is brisk. 0-60 mph comes up in just 3.8 seconds. Then, there are no electronic aides for the driver to rely upon and there’s no power steering as well.