Bugatti is all set to reveal the Chiron Roadster later today. You may have seen the teasers by now, but I am sure you haven’t seen the full rendering of the car yet.

The first open-top version of the Chiron is rumored to be called the Bugatti Mistral. ‘Mistral’ is a cold, strong, northwesterly wind that blows from southern France into the northern Mediterranean, which fits the theme of an open-top hypercar GT. 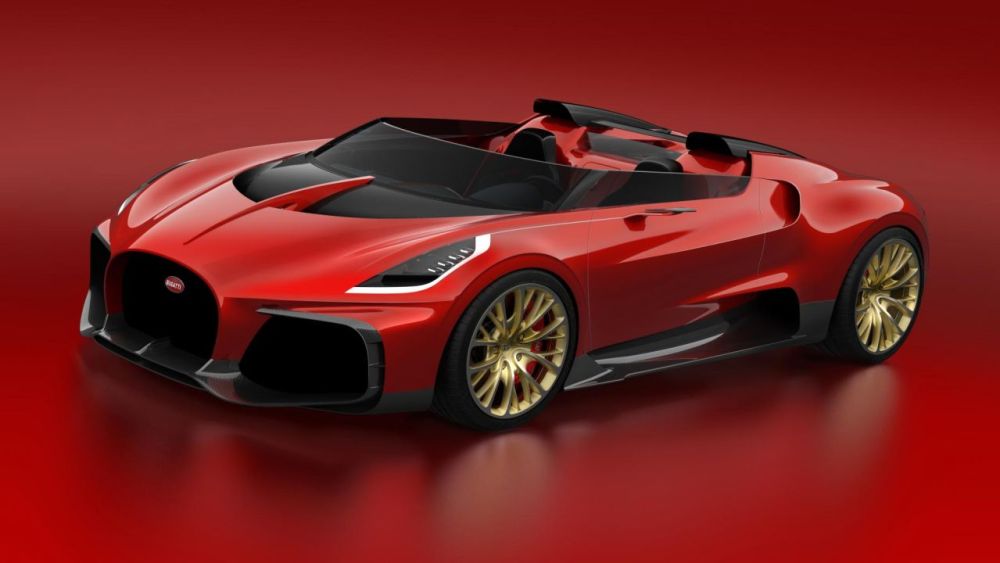 The car itself looks rather striking. It has a larger horseshoe grille at the front similar to the Veyron Barchetta concept. The headlamps appear to have been inspired by the Bugatti Divo and feature four horizontal LED elements. As we had reported earlier, the Mistral has a wraparound windscreen. The rear of the car will feature Bolide-inspired X-shaped tail lamps with an illuminated Bugatti script in the centre.

The Bugatti Mistral will be powered by the most powerful version of the 8.0-liter W16 engine, producing 1600 hp. It will also be the last Bugatti to use the legendary W16 motor.