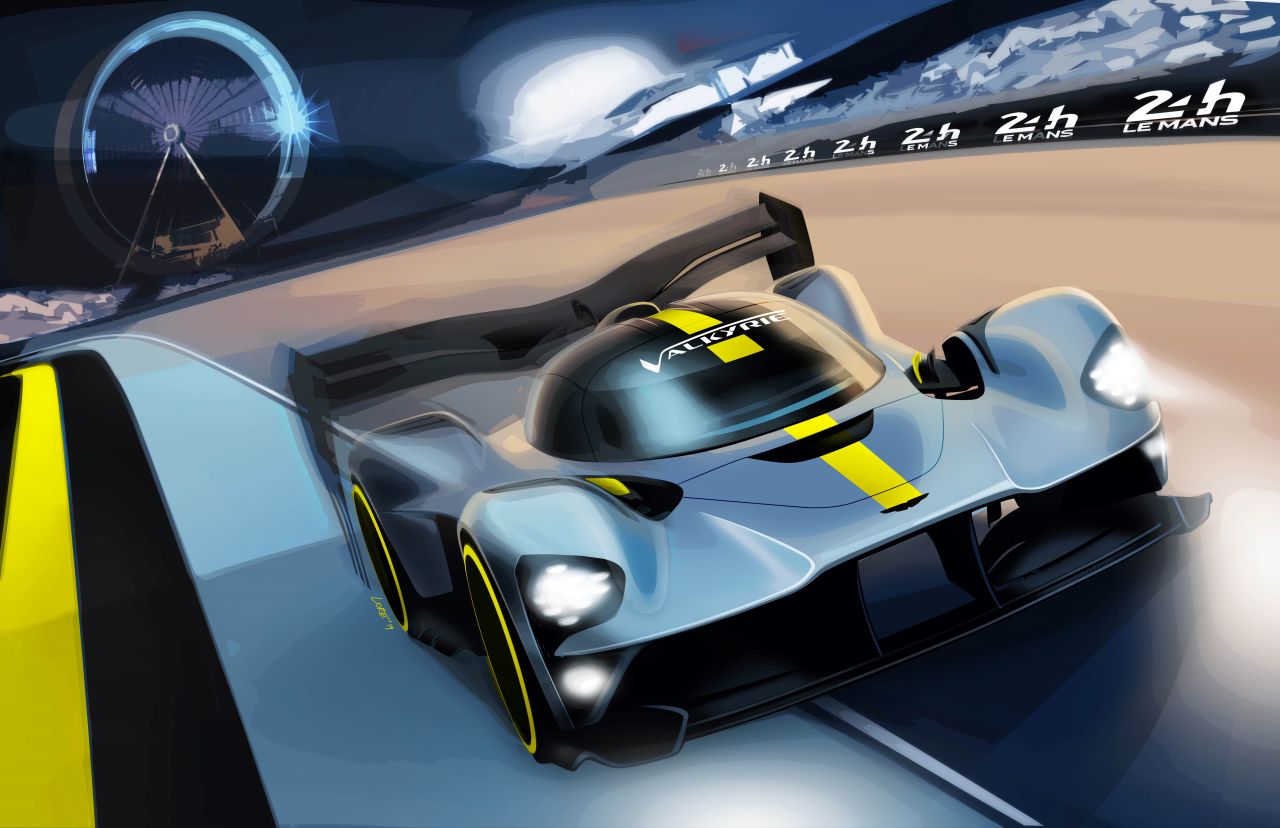 Despite its insane looks and crazy aero, the Valkyrie is a perfectly legal road car.

Take it to a racetrack and it would fit right in. So, why would anyone want a track-only version of the Valkyrie?  Well, sources tell us that Aston Martin is planning just that. Apparently, a Valkyrie LM (Le Mans) is on cards and this car won’t be street legal.

Ever since the Valkyrie was revealed back in 2018, there have been reports of numerous iterations of the car. Aston Martin has already confirmed the “Track Pack.” There’s also the Red Bull Signature edition. According to our sources, Aston is also planning a so-called “Special Variant” and to top it all off, there are rumors of an “Ultimate Valkyrie“.

Now, details of the Valkyrie LM are scarce. All we know is that only 25 cars will be built. We suspect that these could be inspired by car that will compete in the Hypercar Class at the 2020 Le Mans 24 Hours.

If the official rendering is anything to go by, the Valkyrie LM could feature a fixed rear spoiler with large end plates. It might also get twin headlamps up front and tweaked front aero to balance the increased rear downforce. As a result, the track version could have a lower top speed compared to the road car.