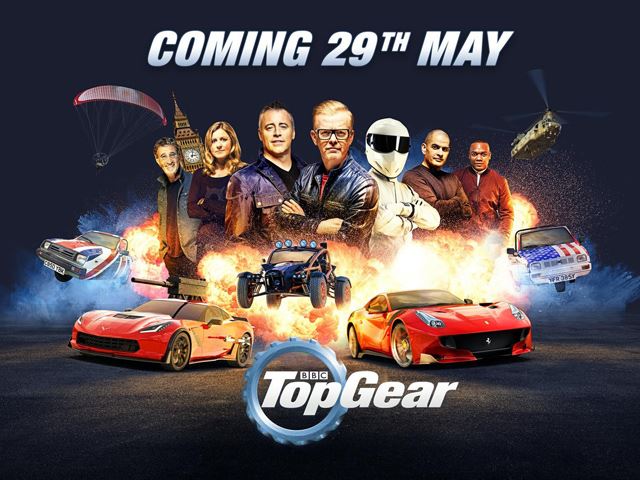 Jeremy Clarkson and his infamous fracas is now history and it’s time to move on. New Top Gear in a completely revised format starts May 29. So, what can we expect from the new series?

Well, BBC has revealed some tit bits from episode 1 and it seems apart from the new team presenters, not much has changed at Top Gear.

In the first episode, Chris Evans and Sabine Schmitz will be travelling to Nevada to celebrate the 30th anniversary of Top Gun. A dogfight ensues featuring a Dodge Viper ACR and a Corvette Z06. Meanwhile, Matt LeBlanc will be in Morocco to drive an Ariel Nomad.

The action packed show does include a film involving a couple of Reliants- this should be interesting. Also, Gordon Ramsay and Jesse Eisenberg will make an appearance this week. So don’t forget to tune in to Top Gear season 23 on May 29.