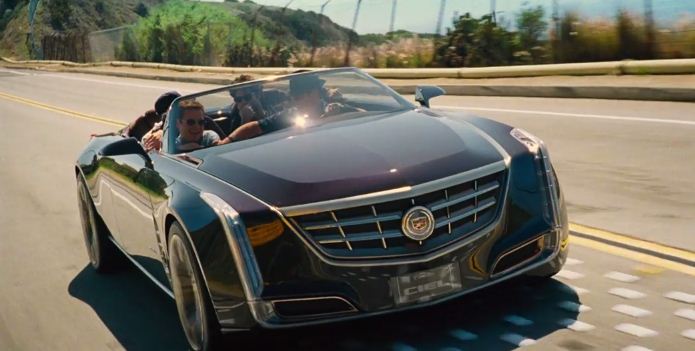 It started with a blockbuster television drama that soon took off like anything. Produced by Mark Wahlberg, story revolves around a group of friends of which, one is an actor who is struggling to make his mark in Hollywood. The final episode of the series was aired in 2011 and now they’re coming back with a movie. Here’s the first trailer of the upcoming flick titled, Entourage and much like the telly show, the movie depicts all the glitz and glamour, life in Beverly Hills, beautiful babes and of course, fast cars.

I could spot a few shiny supercars in the trailer. Apart from the Corvette Stingray C7 Convertible and the usual Ferrari 458 Italia and a Lamborghini Gallardo, the producers have also been able to convince GM to let them use the one-off Cadillac Ciel Concept in the movie. If you find any more interesting cars, please do mention them in the comments section below.