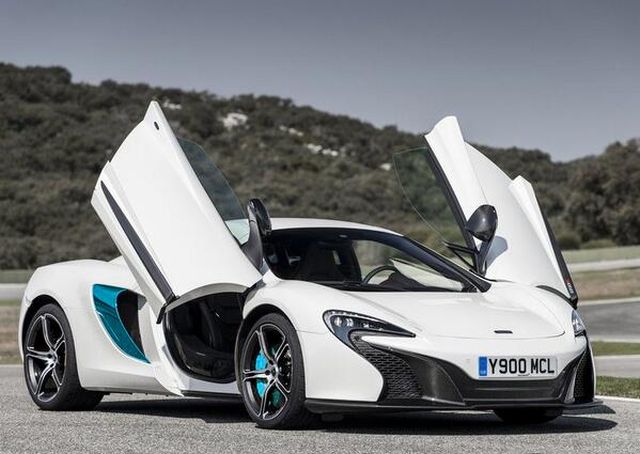 Deadmau5 has just bought himself a new supercar. You might have read stories about his rather tastefully named Purrari. It was the car that won the 2014 Spirit of Gumball 3000. Deadmau5’s Ferrari 458 Italia aka Purrari was put up on sale days following the culmination of the 2014 Gumball rally. Having sold it, the famous DJ went on the lookout for a new supercar and this time it turned out to be a brand new McLaren 650S.

Deadmau5 has since then wrapped his McLaren in a unique vinyl which isn’t as outrageous as the Purrari. This time he has gone with solid white with chrome blue accents. The air-intake on the sides get the blue chrome treatment while the brake calipers are painted bright blue. The interior could also have been customized, although we can’t say this for sure from the picture.

So how different is the McLaren 650S compared to the Ferrari 458 Italia? Well, the 650S is the update to the McLaren 12C. It uses the same 3.8-liter twin-turbocharged V8 as before and a unique electronically controlled suspension. The McLaren 650S is capable of doing speeds of up to 333 kph or 207 mph and can hit 100 kph in just 3 seconds.