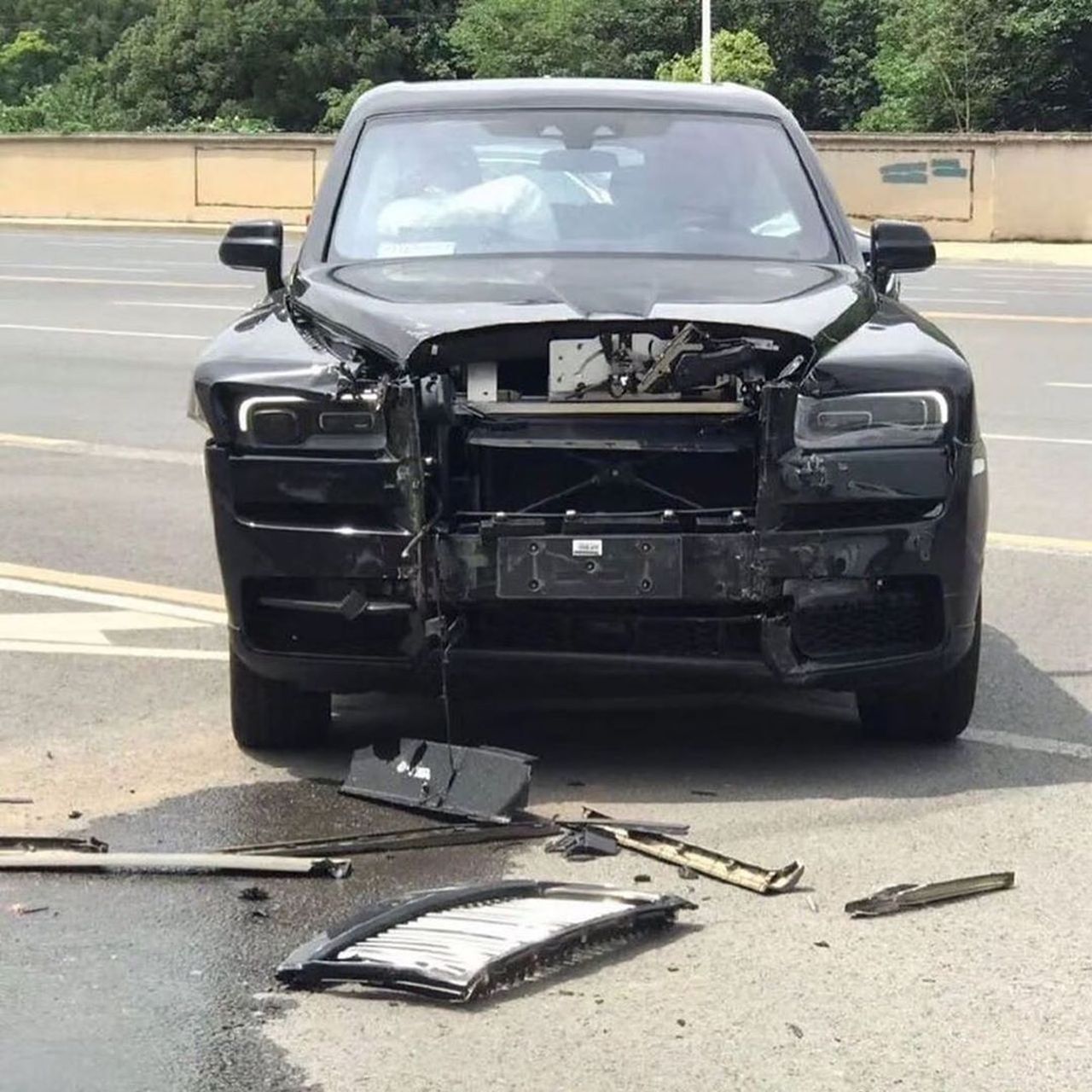 Here’s some news from China that isn’t about a deadly virus. Instead, we will be talking about a Rolls Royce that crashed sometime in the recent past.

Images of a wrecked Cullinan Black Badge are currently circulating on social media. It is said to be the first of its kind in the world to have met its fate.

The images suggest that luxury SUV might have crashed head-on or rear-ended a vehicle, as only the front of the car appears to have been damaged. The pantheon grille has been ripped off revealing the mechanism that helps retract the ‘Spirit of Ecstasy’. The front bumper and fenders have also sustained damage. What’s more unfortunate is that the car had just 324 miles (521 km) on its odometer.

The Cullinan Black Badge is a special edition that comes with a black Spirit of Ecstasy, dark chrome accents, and is offered with optional carbon-fiber wheels. The 6.75-liter, twin-turbo V12 engine pumps out 600 hp and 664 lb-ft of torque. The engine is hooked up to an 8-speed automatic transmission.