This could be the first C8 Corvette that has had its wheel stolen.

A black C8 Corvette with out its wheels and resting on wooden blocks was spotted in Detroit. It seems a group of individuals with nefarious intentions stopped by to checkout the new mid-engined ‘Vette. 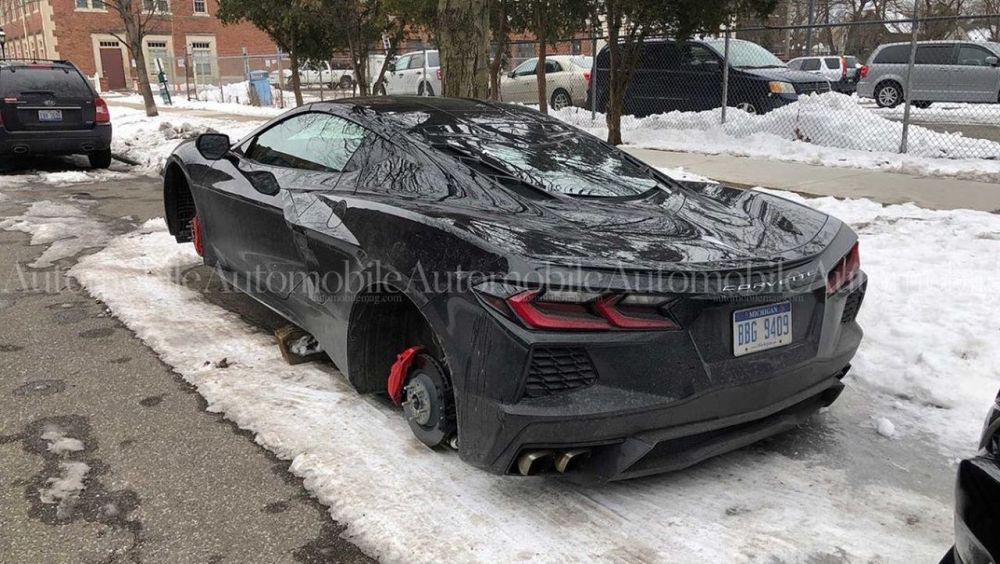 Reports suggest that the car was parked in the West Village area of motor city. While, the identity of the owner is not known, car is most likely a part of General Motors’ own fleet. Had it been yours, you would be looking at pretty expensive bill. Apparently, just a new set of tires for the new Corvette cost upwards of $1000. The fancy rims would cost even more. 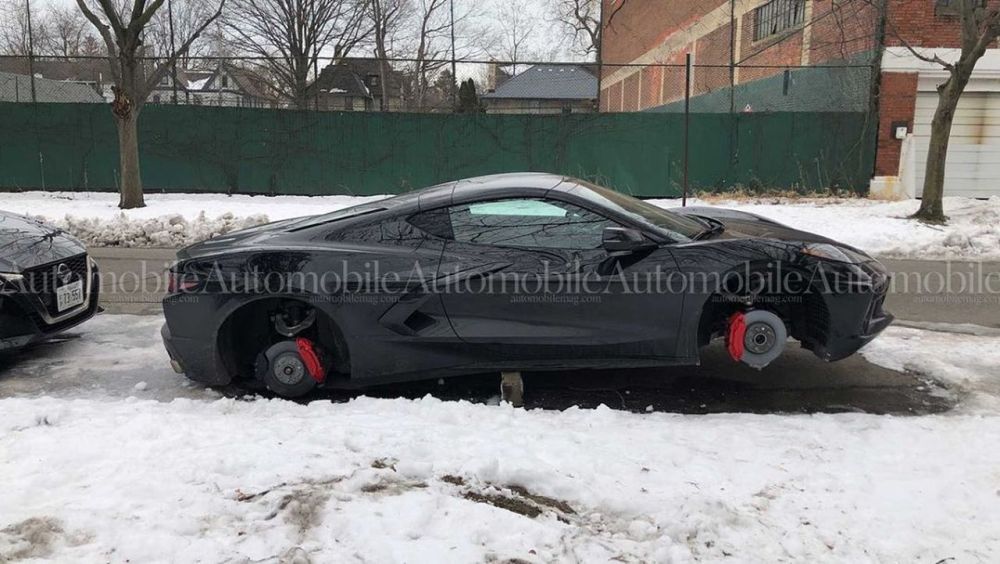 Detroit is notorious for its high crime rate. So, if you live around here, it’s best to avoid parking your prized possession out on the street.

As such, the prices for the new Corvette start at $59,995. However, recently, the first production ‘Vette was sold at auction for $3 million.