A 2020 Chevy Corvette Stingray has been auctioned for the price of a Bugatti Chiron!

When the first ever C8 Corvette Stingray rolled onto the stage, the bidding started at $200,000. That’s way above its sticker price of $59,995. However, the hammer dropped at a staggering $3 million. The winning bid was placed by NASCAR team owner Rick Hendrick. 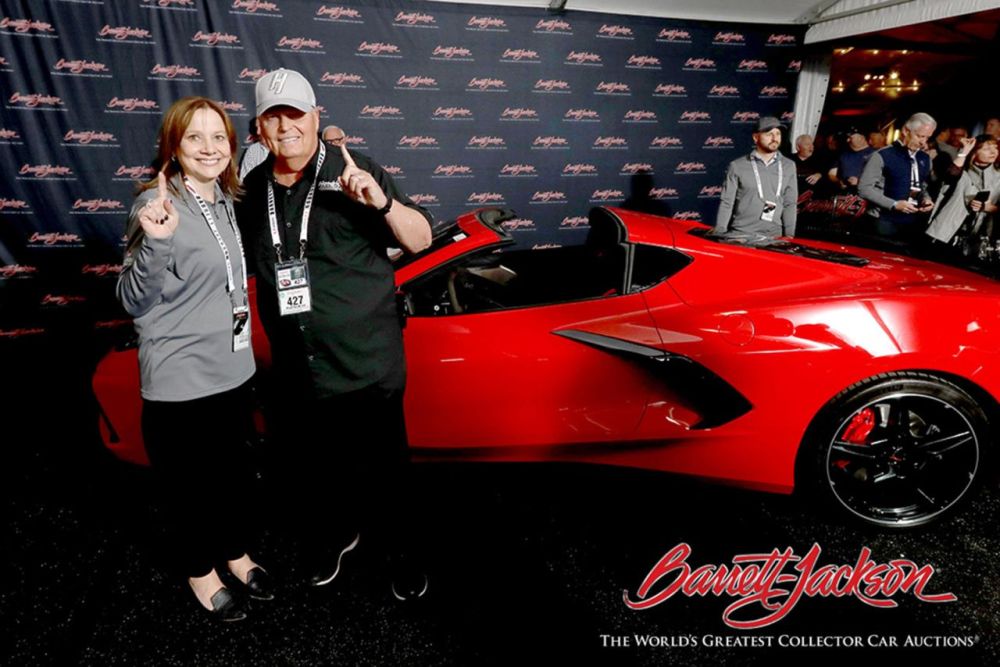 The C8 Corvette with VIN 001 was recently auctioned at Barrett-Jackson event in Scottsdale, Arizona. The proceeds from the sale will be donated to Detroit Children’s Fund, a non-profit working in the field of education.

Chevrolet is yet to build the VIN 001 Corvette C8. The car will be a coupe in 3LT trim and finished in all-black. It will also be equipped with the Z51 package, which adds performance suspension and exhaust, Brembo brakes, Michelin summer tires, an electronic limited-slip differential, better cooling system, upgraded rear spoiler and front splitter. The engine also produces 5 hp and 5 lb-ft more than the standard car.