The all-electric Chevrolet eCOPO Camaro failed to find a buyer at the Monterey Car Week auction.

Muscle Cars and Trucks reports that the one-off all-electric Chevrolet eCOPO Camaro didn’t find a new home during the Russo and Steele auction held during the Monterey Car Week. The auction house representatives confirmed that the fully-functional concept failed to sell during the August auction.

Estimates had placed the eCOPO Camaro to cross the block with a final bid somewhere in the range of $425,000 to $525,000. Half a million dollars for a one-of-a-kind all-electric drag racing machine which can do a quarter-mile in 9.51 seconds and 140 mph – not too high an estimate in an age when GT500s and Supras roll past the auction block for twice that money. 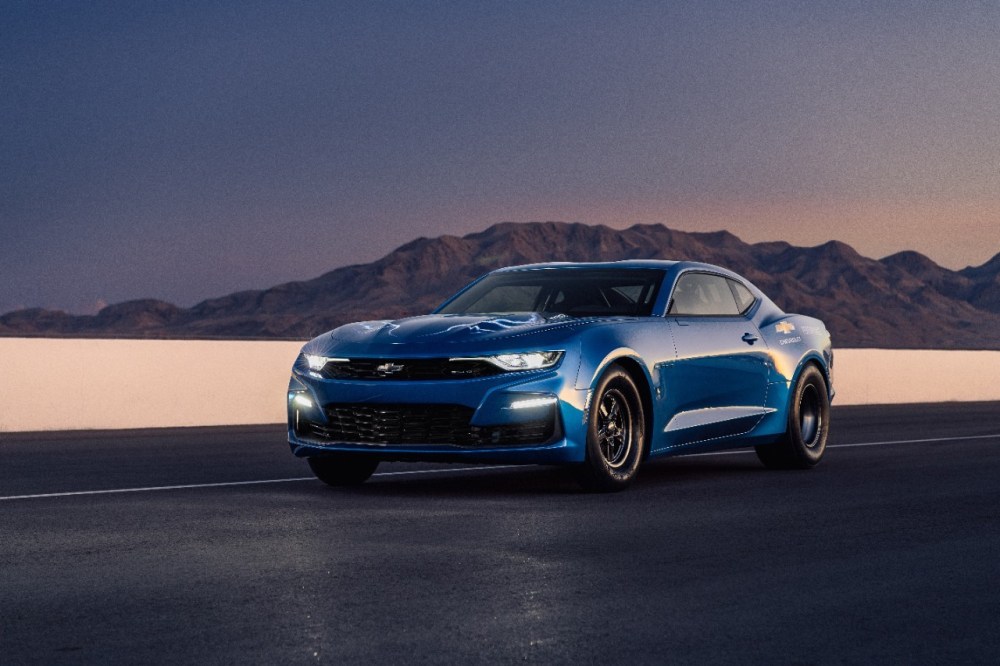 An 800-volt electric motor delivers the equivalent of 700 hp and 600 lb-ft to the rear wheels of the eCOPO Camaro. Two 200-volt battery packs occupy the space where the rear seats used to be and two more battery packs have been tucked into the trunk. The placement of the battery packs leads to a 56 percent rear weight bias which in turn improves the drag strip performance. A conventional race-spec Turbo 400 automatic gearbox handles transmission duties and the solid rear axle found in the regular COPO Camaro has been integrated.

GM was not involved in placing the drag racing machine for auction. That leaves only Hancock and Lane Racing which co-developed the eCOPO Camaro as the name behind the idea of releasing the car for auction.

The non-sale of the path-breaking drag racer may be due to a range of reasons. The chief one could be that the target audience of Camaro lovers and muscle car enthusiasts aren’t ready for the propulsion system to switch from fossil fuels to electricity.