We are more excited about the eCOPO Camaro concept here.

Chevrolet reignited the drag race machine scene at SEMA with the 2019 COPO Camaro. They also had with an eCOPO Camaro concept to shock the audience.

It was a double attack from Chevrolet at the 2018 SEMA Show. They had the answer to Ford’s 50th Anniversary Mustang Cobra Jet. In fact, they had more than one answer. Meet the 2019 COPO Camaro and its electric cousin – the eCOPO Camaro concept. 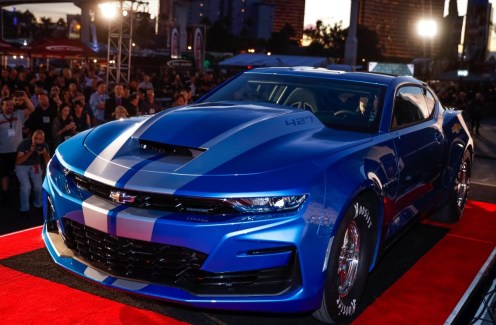 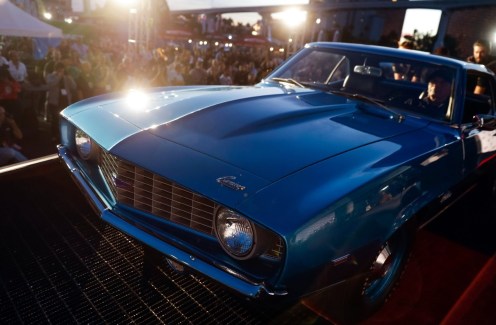 2019 will mark the 50th anniversary of the COPO Camaro. It was back in 1969 that the original COPO Camaro ZL1 was born, thanks to Gibb Chevrolet , an Illinois-based dealer who ingeniously used Chevy’s in-house special order system to give birth to a legend.

The 2019 version of the COPO Camaro will retain many of the iconic aspects of the original car from 1969. The blue color is a throwback at the Laguna Blue of the 1969 model. There are also custom graphics and an engine package with elements which bring back memories from the past. Engine options include a 427 V8, a 350 V8 with a 2.65-liter Magnuson supercharger and a 302 V8 based on the unit seen in the production model Camaro SS. All 69 cars will be built to meet NHRA Stock and Super Stock class regulations. 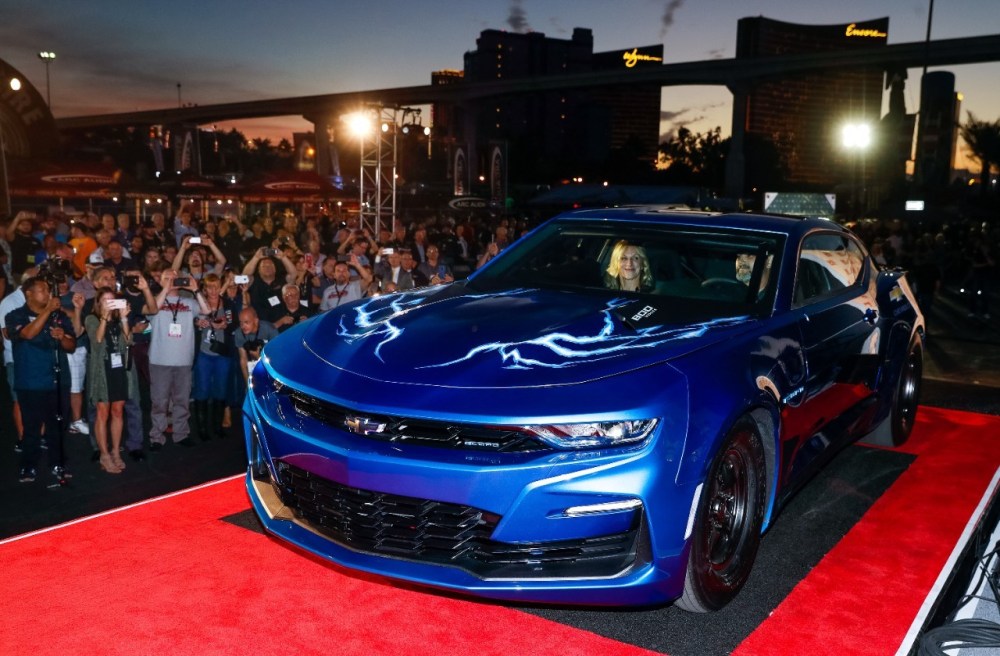 While the 2019 COPO Camaro must have got all the attention of the present generation racers, the future may be taken over by the eCOPO Camaro.

With Tesla beating the pulp out of supercars and dragstrip rulers, it’s high time that we saw a fitting reply from the likes of Chevrolet. The eCOPO Camaro could be just that, if it makes it to production. It’s an all-electric, 700 hp, 600 lb-ft preview of things to come from Chevy in terms of high-performance electric cars which can take the battle to the new breed of rivals.

Electric drag racing team Hancock and Lane Racing, were roped in to make the eCOPO Camaro a concept which is more than just a show car. Those guys have got an 8-second electric dragster named Shock and Awe in their resume.

With Chevrolet’s 800-volt battery and electrical system, we are sure that these two are onto something here. Because, though the concept car has an automatic transmission, the mounting point is compatible with any transmission assembly which is being used right now for the fossil fuel-powered Camaro lineup.

We look forward to hearing some test run results in range of 9 seconds from Chevrolet soon.