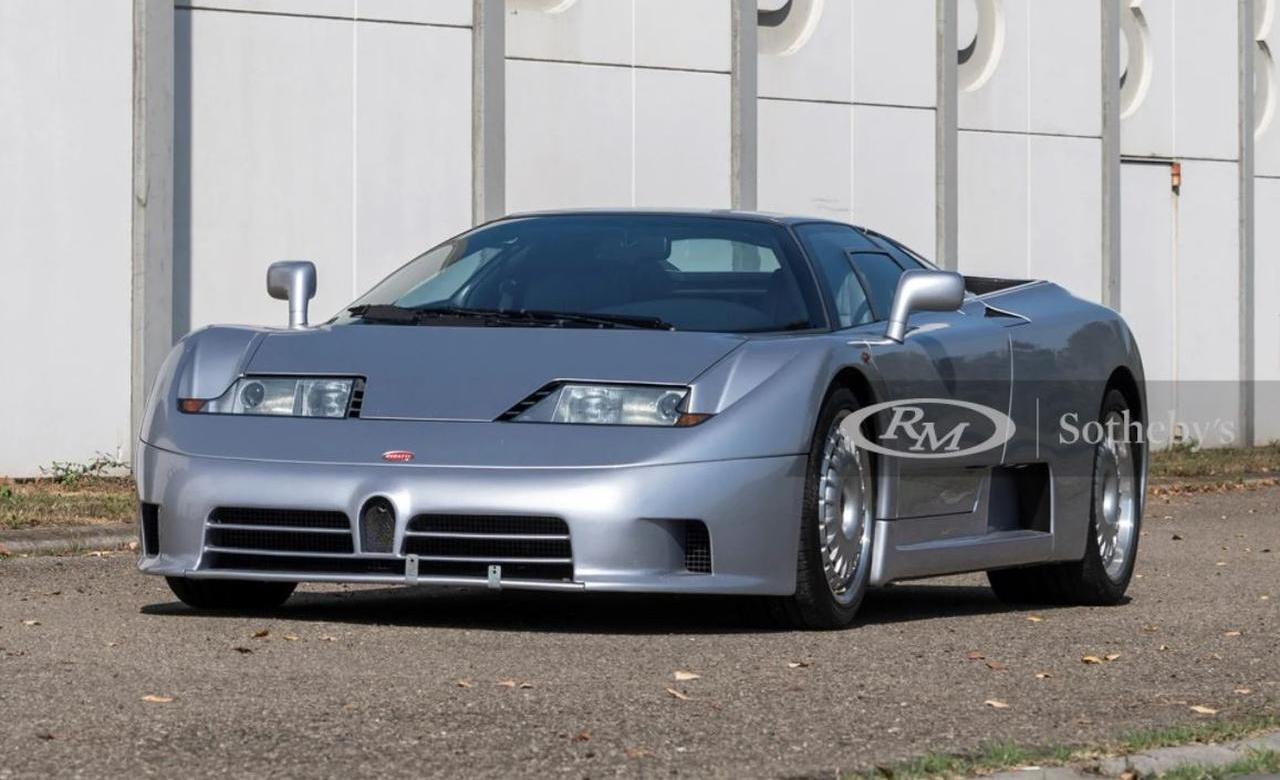 A Bugatti EB110 GT was sold for approximately $2.06 million at RM Sotheby’s Paris auction yesterday, way more than the initial estimates. The car was listed for just $1.35 million, making it the bargain of the year. However, the recent sale confirms our theory about the EB110 being an underrated supercar with the potential to become a highly sought after collectible in the near future.

In our previous article, we talked about how a single-owner EB110 GT being offered at such a low price didn’t make sense. It was an offer that was too good to be true. Guess we were right. The EB110 is clearly more valuable and the values are only expected to rise here on.

The Ferrari F50 is a highly collectible supercar from the same era. Today, a good example fetches upwards of $3 million. This shows, there’s still room for a technological masterpiece like the EB110 to grow in value. In fact, it seems good value when you compare it with the McLaren F1, which sells for astronomical prices.

Why is the Bugatti EB110 undervalued?

Bugatti has had an illustrious pre-war line-up. However, in the post-war era, the brand was virtually non-existent, until 1989, when Romano Artioli revived it. As you know, the first modern Bugatti was no slouch. It was one of the first cars to use a carbon fibre chassis and featured an in-house 3.5-liter quad-turbo V12 producing 553 hp. With a top speed of over 210 mph, the EB110 was right up there with the supercar heavyweights.

We believe the values of the EB110 will eventually skyrocket. They have been on an upward trend ever since Bugatti acknowledged it as part of its heritage. With the introduction of the Centodieci, more collectors would be looking to acquire one.

Speaking of undervalued EB110s, Bonhams has just listed a blue EB110 GT for an estimated $1.5 million! Guess we have the new bargain of 2022. You wait days for a train…and then two come along at once!!!

We reached out Julius Kruta, author and historian, for his expert opinion on the EB110 as an investment.

It’s interesting that so many people finally seem to become interested in the EB110. I honestly have to say, it also took me a very long time to understand its absolutely romantic development and story. The car should definitely not be seen on its own, but you need to see the whole eight years in Campogalliano: It was a dream, a miracle with a larger-than-life character to run Bugatti and in the end a Greek tragedy.

Looking at the EB110 today, it looks like as if it is really the blue-chip investment at the moment – considering that only three years ago it was a challenge to sell any EB110 SS and over €1 million. Certainly, one of the big problems was that originally, the EB 110 was not accepted within the Volkswagen Bugatti company’s leaders.