The Bugatti Divo was spotted testing in Germany in April last year. Now, another Divo has been seen on the streets of Bremen.

The car spotted by @alos753 appears to be finished in the launch spec. It has a satin grey exterior with blue accents. The car also has the French tri-colour behind the front fenders, as seen on the Divo that was showcased at Pebble Beach. 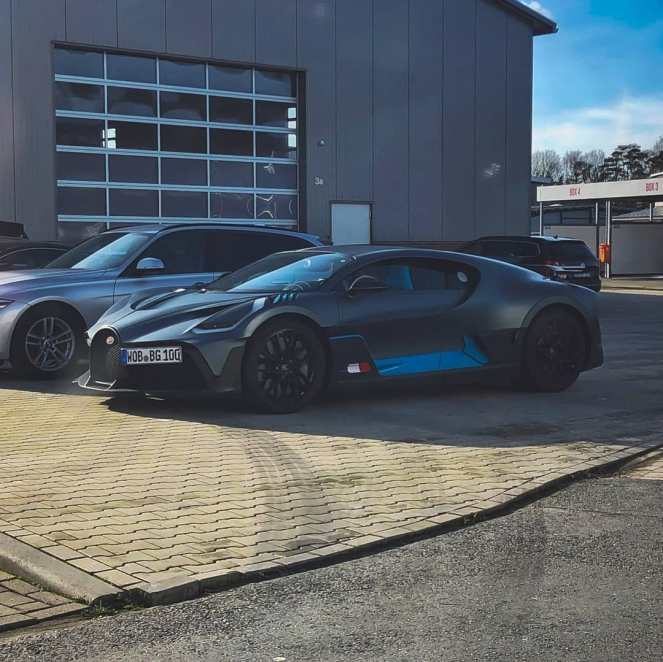 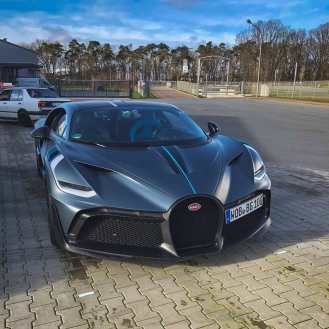 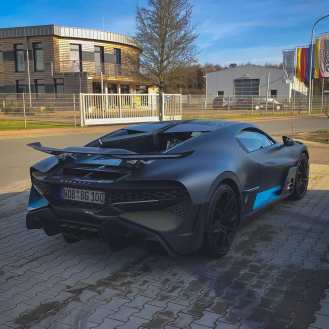 The Bugatti Divo is powered by an  8.0-liter, W16 quad-turbocharged engine which produces 1500 hp. The car has a top speed of 236 mph. Bugatti claims that the Divo laps the Nardo handling circuit 8 seconds faster than the Chiron. This is courtesy of the additional 90 kg of downforce. 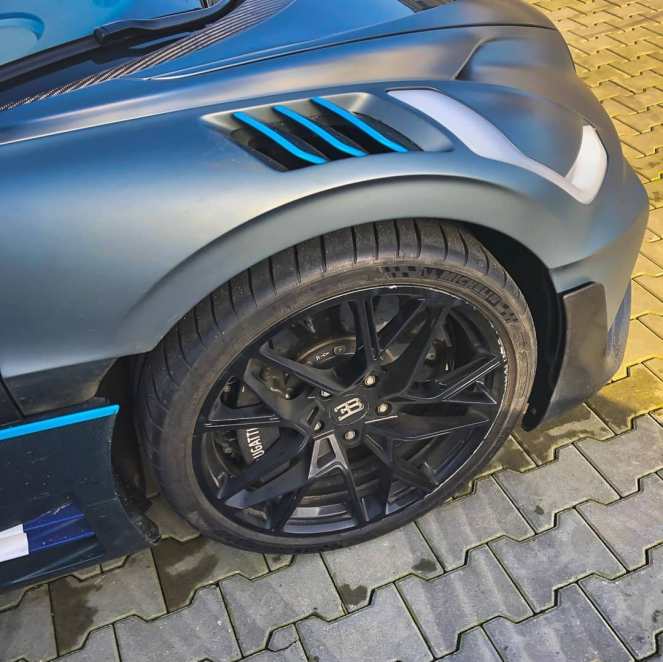 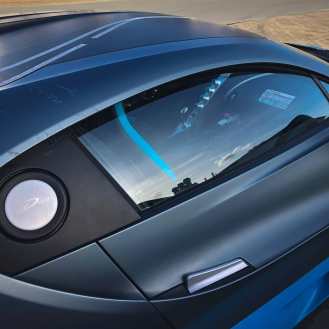 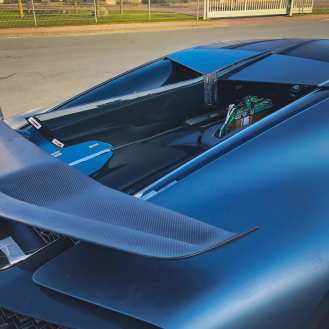 Bugatti is building just 40 examples of the Divo. The first customer car will be presented at the Geneva Motor Show next month.

While the Divo will certainly be an attraction at this year’s event, Bugatti will also be presenting the Chiron R – a high-performance version of the Chiron.