With the launch of the Bugatti Divo drawing near, the French automaker has finally started dropping teasers. Bugatti has released a new teaser image and video of the upcoming hypercar. While the teaser clip doesn’t reveal much, it at least ascertains that Bugatti’s quad-turbo W16 is finally going to sound good, or even scary. Another thing we noticed in the teaser appears to show the rear end of the Divo featuring a different tail light arrangement compared to the Chiron. It reveals a cluster of LEDs (or OLEDs), but the full-width light bar is missing.

It seems that with the Divo, Bugatti is addressing all the shortcomings of the Chiron. The Divo is likely to feature numerous upgrades over the standard car including a racing transmission and who knows, Bugatti might even skip the AWD system for a tail happy lightweight track machine. 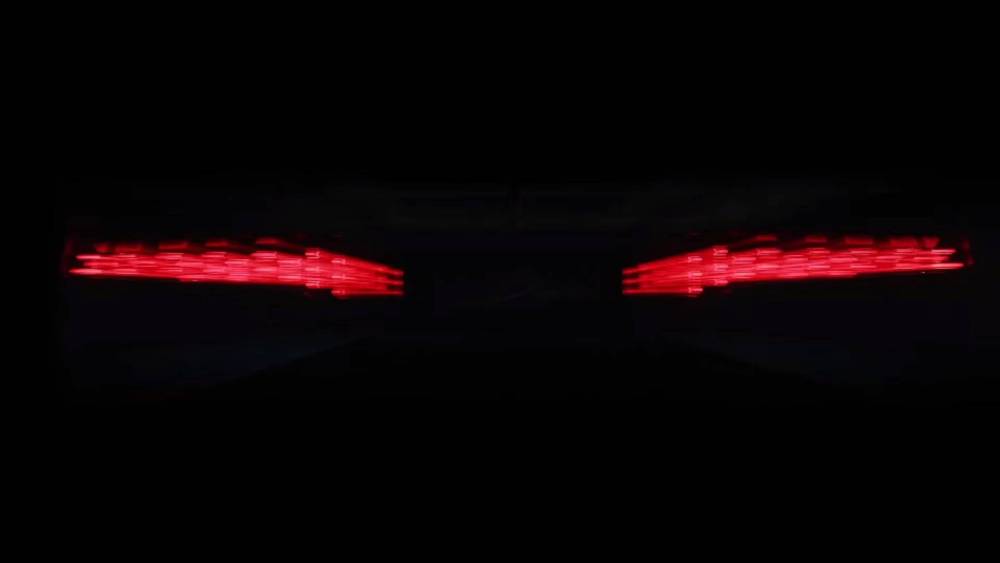 The teaser image appears to reveal extractor vents placed behind the front fenders. The car is likely to feature an extensive body kit made out of carbon fiber with a French tricolour motif.

Expect more teasers to drop revealing more info about Bugatti’s new jewel before the car is released at The Quail on August 24. In the meantime, checkout our exclusive report on the Bugatti Divo here.

The caption that goes along with the attached teaser video includes the hashtag #builtforcorners which corroborates with Bugatti’s promise of releasing a lightweight vehicle with good handling.