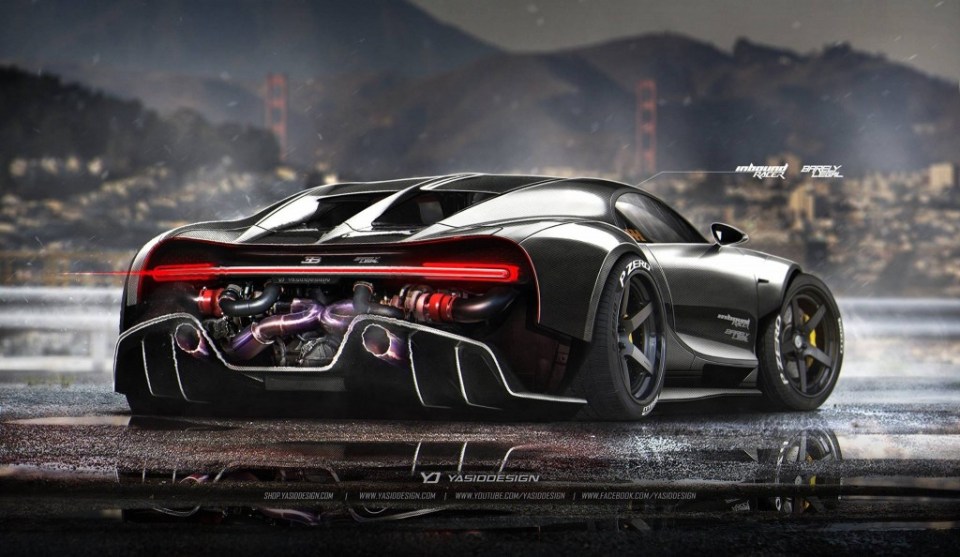 The Bugatti Chiron made its debut last week at the 2016 Geneva Motor Show. The Chiron is a 267 mph hypercar with an interior that’s as luxurious as a Bentley. McLaren, Ferrari and Aston Martin have shown us that there is a market for no holds barred racing cars. So, if Bugatti were to transform the Chiron into a hardcore race car this is how it could look like.

Creative chaps at YasidDESIGN have come up with this rendering of a Bugatti Chiron racecar. We think it looks plausible however Bugatti might not agree. The artists have neatly integrated a humongous rear diffuser that looks intense. The bodywork has been reshaped for extra downforce but the exposed engine bay with all the race car bits is our favorite.

A car like this would probably feel like a Nissan GT-R high on dope. With an 8.0-liter W16 engine to boast, a similar Chiron race car might be good for at least 2000 hp with all the modifications. If a V6 twin-turbo Nissan engine can tuned to over 1500 hp, then a W16 would surely have more to offer.