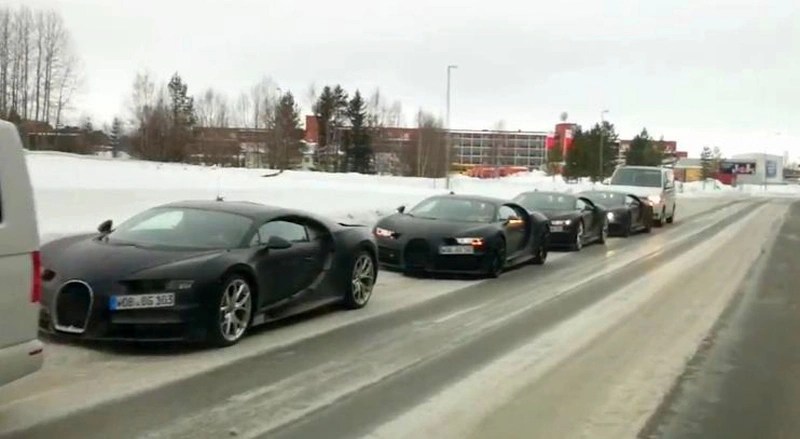 The Bugatti Chiron made its debut at the 2016 Geneva Motor Show a couple of days ago. The replacement to the legendary Veyron gets a power boost from a revised W16 engine which now makes 1500 hp. The new Bugatti Chiron is believed to reach a top speed of 267 mph.

While we were busy covering the Geneva Motor Show, Bugatti engineers were camping out in Sweden with four Chiron prototypes. 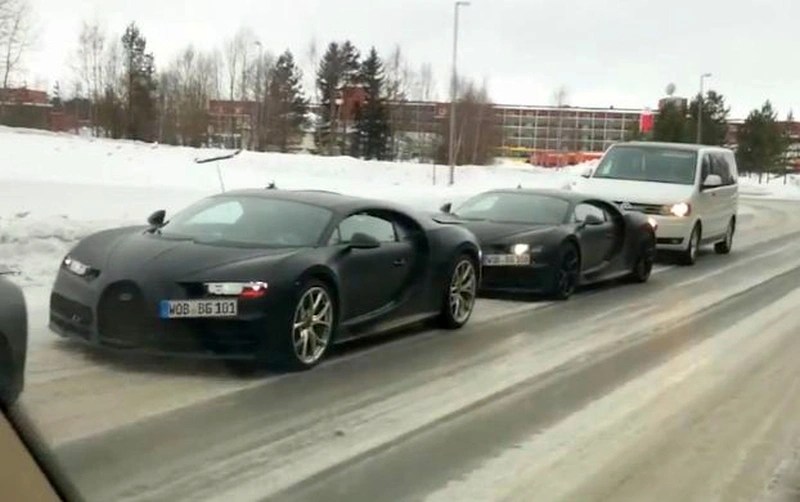 An amateur video of four Bugatti Chiron prototypes testing in Sweden has surfaces on the internet. Erik Naoksson spotted four Chiron prototypes stopped by the side of the road along with two Volkswagen Caravelle support vans.

You can watch the video here 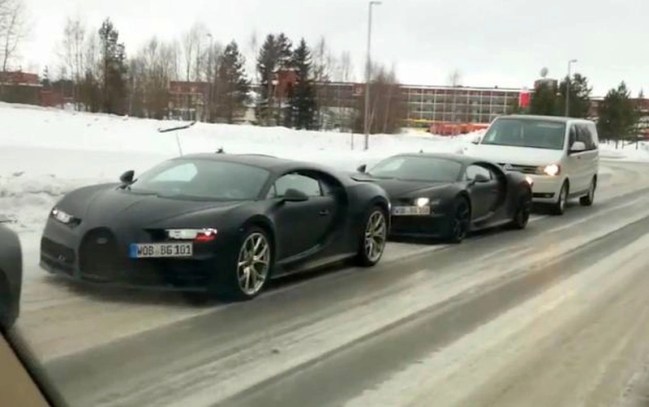 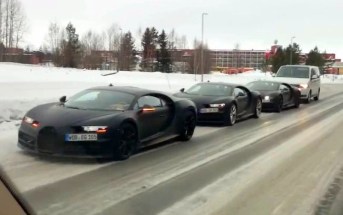 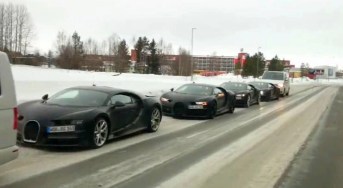