The BMW Concept Z4 has has been officially unveiled. The Concept Z4 was presented in front of the media at the Pebble Beach Concourse d’Elengance.

As seen on the teaser image, the Z4 Concept gets a low slung twin-kidney grille setup flanked by sweptback headlamps in BMW’s signature style. Roll over hoops have been tucked away under the buttresses. These along with the slim rear view mirrors are finished in silver while the rest of the car is painted in metallic orange. The rear end feature 3D L-shaped tail lights and a sculpted bumper and twin-exhaust tips. 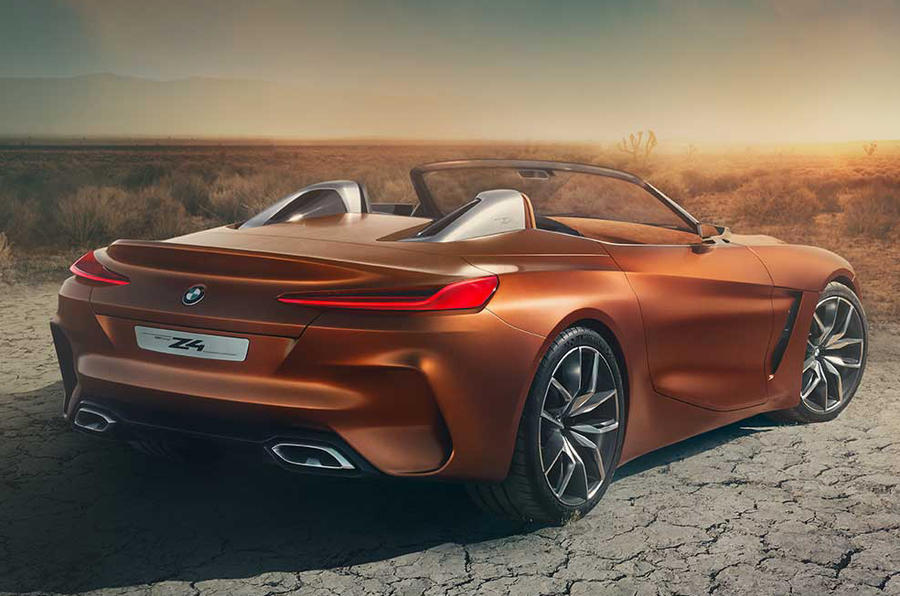 The interior is blend of brown and black with a futuristic dashboard. It has three-spoke steering wheel and a digital instrument cluster. The next-gen BMW Z4 is expected to get a twin-turbo, 6-cylinder engine. It shares its platform with the upcoming Toyota Supra.

We will keep updating this post as and when more information is available. So, stay tuned! 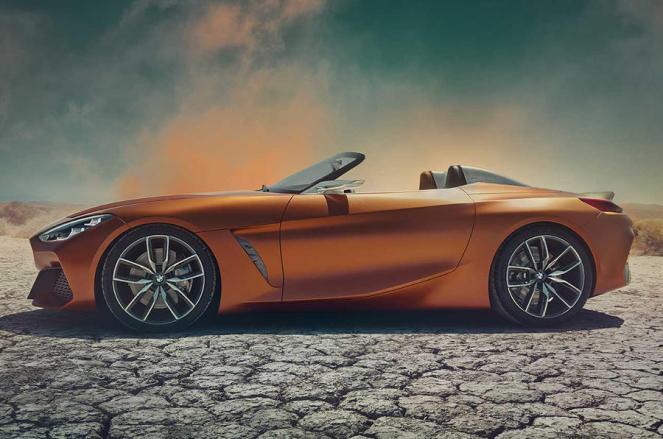 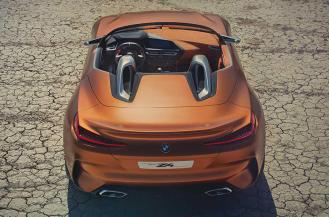 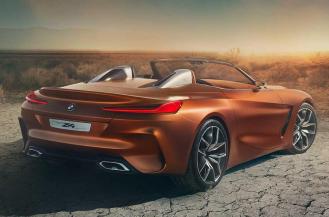 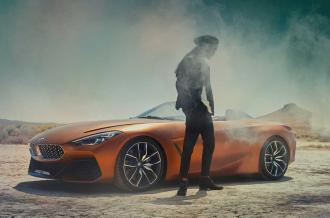 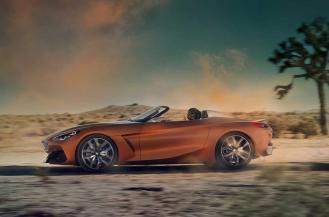 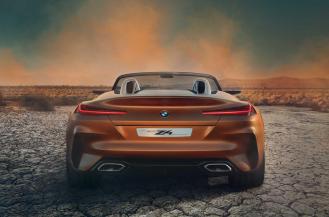 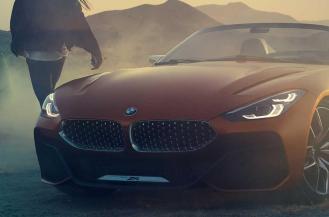 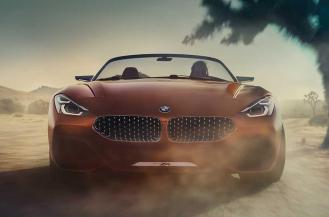 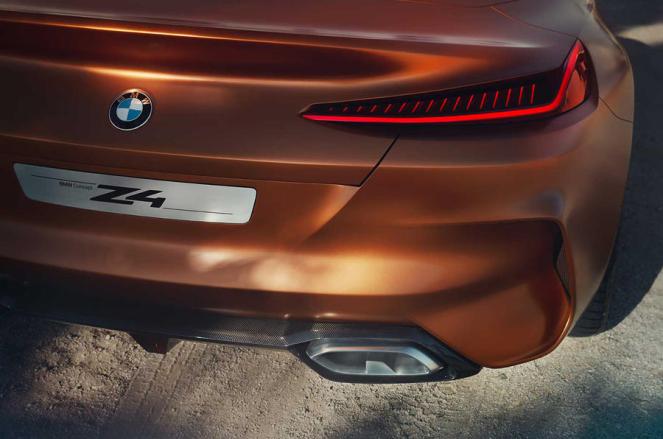 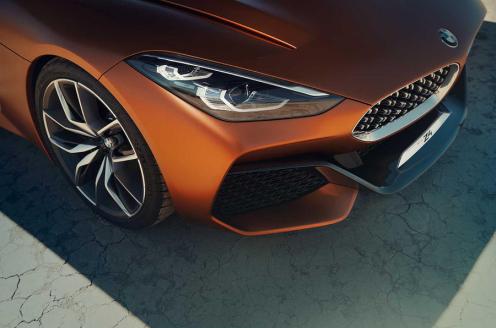 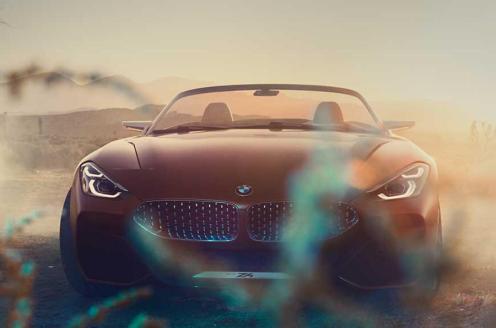 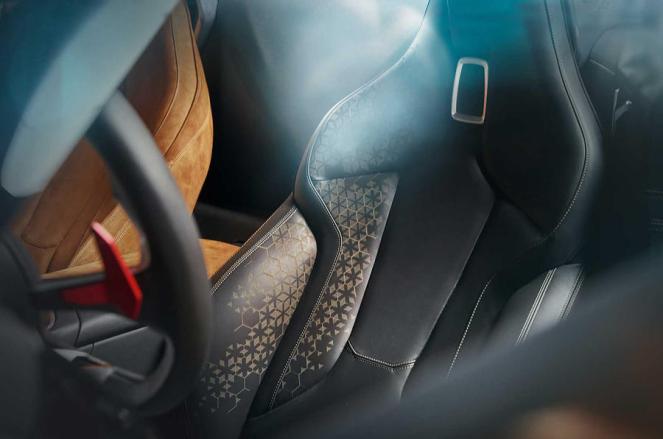 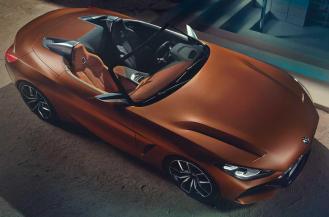 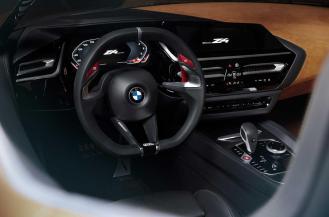 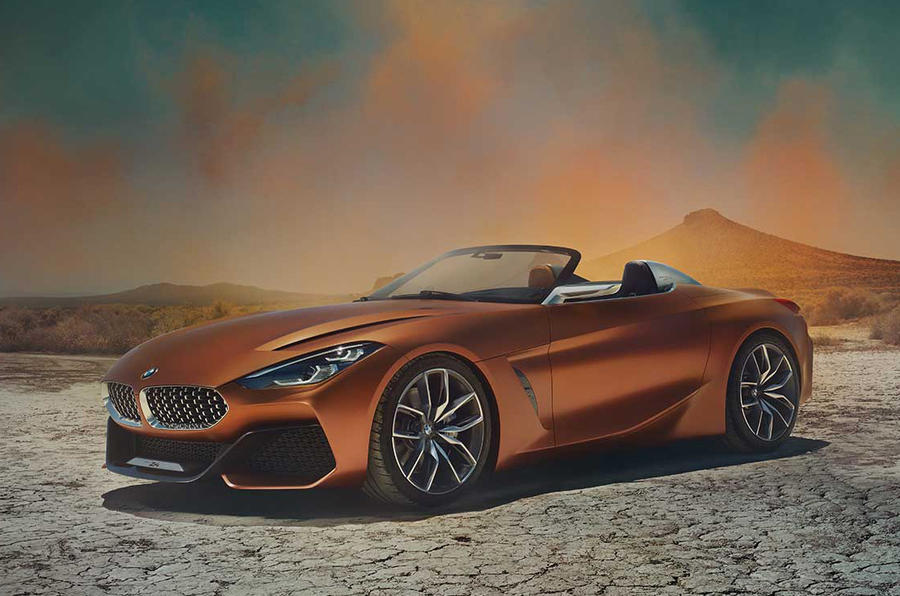