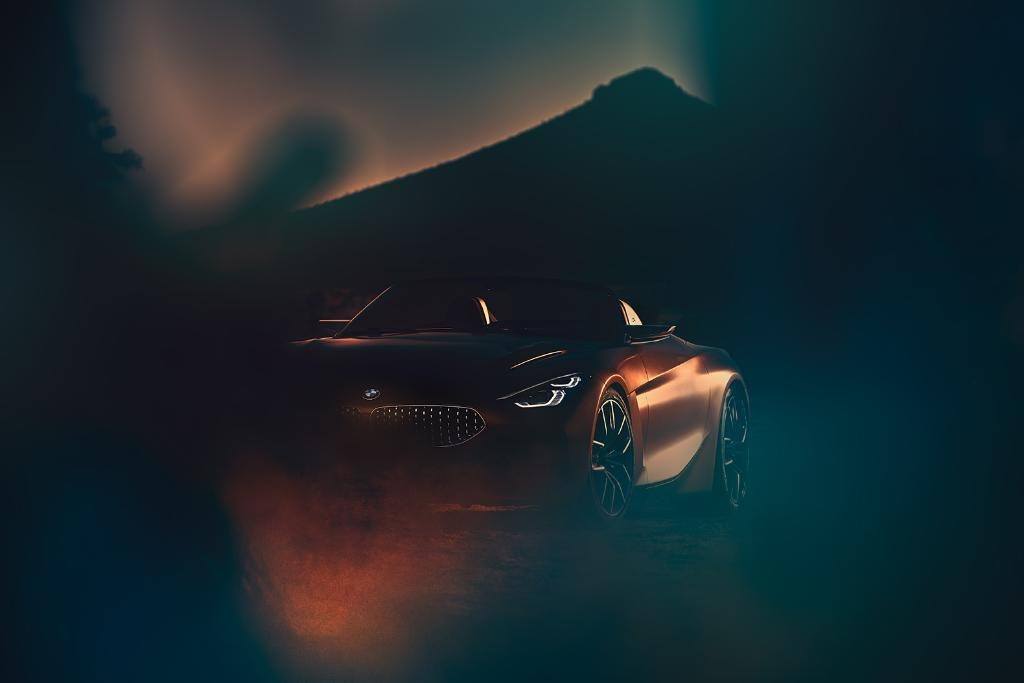 The BMW Z4 Concept is set to be revealed later this week at Pebble Beach. Today, BMW posted this teaser image, giving us a glimpse of the new roadster.

The Z4 Concept gets a low-slung front end with a re-profiled twin-kidney grille and swooping headlights. Two distinct feature lines run along the side of the car. It seems to feature a short windshield and you can just about see the top of the seats.

The next-gen BMW Z4 will share its platform with another legendary sports car- the Toyota Supra. Both cars are being developed as part of a collaboration between BMW and Toyota. While, the BMW Z4 will be a soft-top convertible, the Supra will only be available as a hard-top coupe. Both vehicles are expected to share 4-cylinder and 6-cylinder turbocharged engines as well as suspension components. That said, each will have a bespoke suspension tune. BMW has released a teaser image of the Z4 Concept. The car will be showcased at the Pebble Beach Concours d’Elegance on August 17.

Prototypes of the new Z4 have already been spotted on numerous occasions in the recent past. The latest image gives us a hint of the exterior styling of the Z4. The concept will preview the Z4’s final production bodywork and will go on sale in 2018.

The latest BMW Z4 (G29) shares its underpinnings with next-gen Toyota Supra. While, the Supra will be a hard-top coupe, the Z4 will get a soft-top convertible roof.

The new model is expected to use a twin-turbo 6-cylinder engine. Rumors suggest, a hybrid powertrain could feature on the new Z4 and will also power the Supra.