The first images of the BMW M8 Gran Coupe Competition have leaked online. The car was spotted in South Africa.

The first completely undisguised images of the M8 Competition had leaked back in December 2018. While it is difficult to ascertain whether the car in the latest images is the coupe or the 4-door Gran Coupe, we think it’s the latter. In one of the images you can just about make out the rear seats. 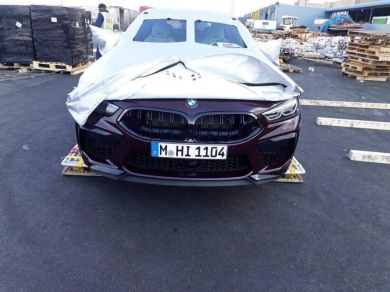 The car is finished in a new shade of deep red. It has a gloss black twin kidney grille with twin-pod LED headlamps on either side. Being the hottest version of the 8-Series Gran Coupe, the front bumper has large vents with carbon fiber bits. At the rear, it has a carbon fiber lip spoiler and diffuser with quad-exhaust tips. Also note that it has a black M8 Competition badge.

Bordering South Africa is Namibia, which is one of countries where auto makers go to put their new models to the test. This particular vehicle is sporting German license plates, which suggest that it is likely to be a test prototype. 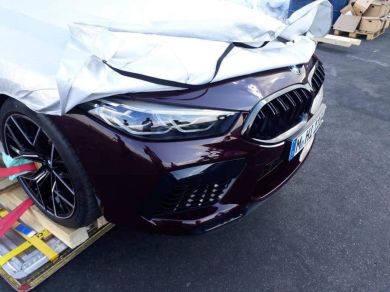 In terms of specs, the M8 Gran Coupe Competition is expected to get the same powertrain as the coupe. It is likely to be powered by 4.4-liter, twin-turbo V8 engine with more than 630 hp paired with an all-wheel drive system.