A prototype of what is believed to be the BMW M5 CS has been seen lapping the Nurburgring.

If you look at BMW’s variant line-up, the CS moniker is adorned by the most track-focused M cars. Just like the M2 CS, M3 CS and M4 CS, the new M5 CS will be the most hardcore version of the sports sedan. 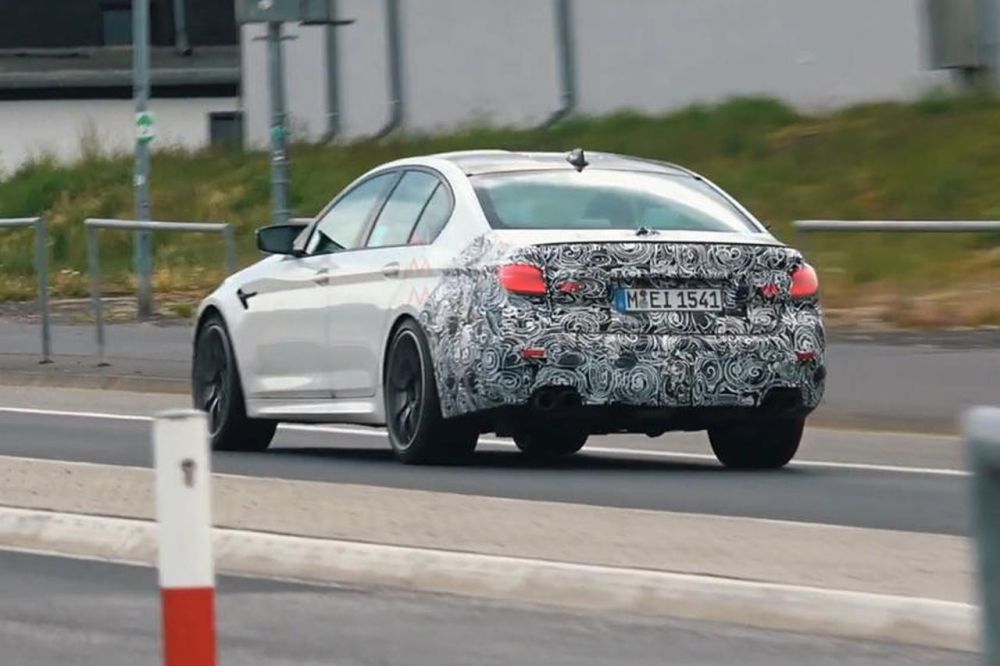 The test car is clearly based off the 2021 BMW 5 Series facelift. It has the updated LED headlights, a carbon fibre roof panel, M mirrors, larger wheels and quad exhausts. Unlike most CS variants, this test mule doesn’t have a rear spoiler. However, we can expect to see one on the final production version.

Under the skin, the BMW M5 CS is likely to get tweaked suspension and a more potent version of the 4.4-liter, twin-turbo V8 engine. At present, in the M5 Competition it makes 641 hp and 553 lb-ft of torque.

The BMW M5 CS could be unveiled later this year.