BMW is set to unveil the concept 8 Series coupe at the Concorso d’Eleganza Villa d’Este this week. As is the case with BMW concepts, the 8 Series will be presented in close-to-production ready form. They dropped a teaser image last week which gave our friends at Peisert Design a good reason to image an 8 Series-based M8 coupe. 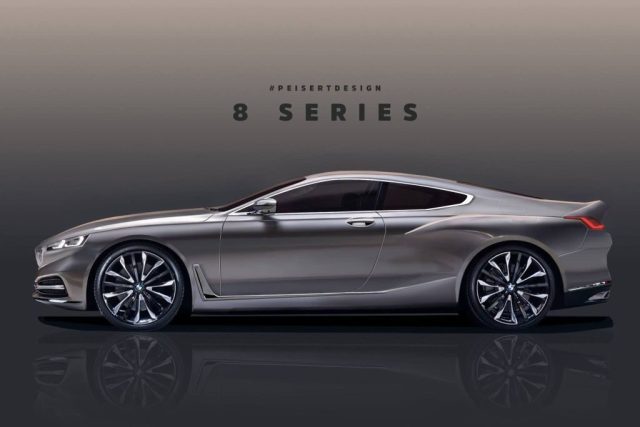 Peisert Design‘s illustration gives us a detailed look of how the BMW 8 Series might look like. Then, they went a step ahead and rendered a performance version in the form of the M8 coupe.

A convertible version along with a Gran Coupe is also believed to be in the pipeline. Moreover, the 8 Series will rival the Mercedes-Benz S Class coupe/convertible making it the two-door flagship BMW.