Tony's got to come back for the Audi e-Tron GT in his driveway!

The first trailer of Avengers: Endgame doesn’t have it, but the Audi e-Tron is certainly making an appearance in the biggest superhero movie ever.

While we are penning these lines, the first trailer of Avengers: Endgame has shattered the record for the most viewed trailer on YouTube in 24 hours. With 289 million views and 250,000 comments, it is being watched, re-watched, dissected and analyzed by Marvel and superhero fans worldwide. We must say, it is indeed an emotionally heavy sneak-peek into the finale of one of the biggest story arcs ever put together for the big screen. (Goosebumps galore!)

As we keep the soaked napkins away, there is a glimmer of hope for car buffs amidst the Avengers fans to keep their eyes peeled when the blockbuster releases on April 26, 2019. The Audi e-Tron GT will be starring in the MCU juggernaut. This came out at a recent unveiling of the car ahead of the big reveal at the 2018 Los Angeles Auto Show. Robert Downey J. was around to confirm the e-Tron GT’s MCU debut. 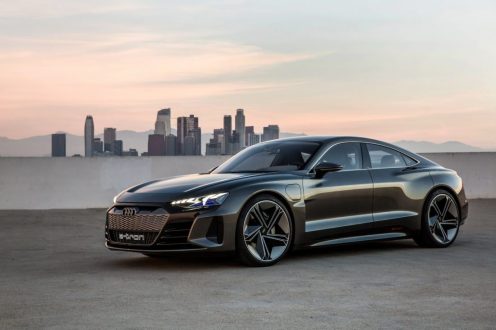 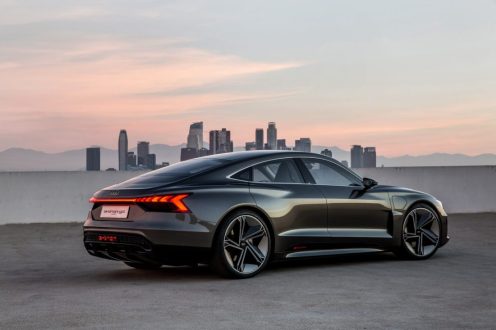 Audi has been a major presence in the Marvel Cinematic Universe since the first movie itself. Iron Man, which launched in 2008 came with the Audi R8 as Tony Stark’s ride of choice and has stayed in that role since then. Robert Downey Jr. has piloted a handful of R8s when he revisited the character in the movie franchise. The R8, R8 Spyder and the R8 E-Tron have had the honor of being driven around by the rich, billionaire, philanthropist whenever he desired to give his suits some rest.

We’ve got a bunch of videos for you guys to check out below. The Avengers: Endgame trailer, of course, is among them, for you to pull out those napkins once more. But we also have a couple of clips of Robert Downey Jr. and Audi’s chief designer Marc Lichte chatting about the Audi e-Tron GT sedan.

We aren’t sure on who’ll get to drive the Audi e-Tron GT electric sedan in Avengers: Endgame.

The last time we checked, Tony was stranded on the uninhabited planet of Titan with Nebula as the only ray of hope to bring him back. However, in one of the videos above, the designer pulls a Tom Holland and mentions that Downey has already driven the car. A statement which the actor acknowledges by saying that he has driven it as Tony Stark in the upcoming Avengers 4.

Here are some bits of info about the Audi e-Tron GT electric sedan. You’ll see the production version taking over the streets in 2021 and Audi will be accepting booking over the next couple of years. The all-electric, 590 hp sedan based on the Porsche Taycan can impress Stark with its quick dash from 0 to 62 mph in 3.5 seconds and a top speed limited to 149 mph. As for the range, the batteries can power the car for 248 miles on a single charge.

The charging speed is something to write home about, as 80 percent of juice can be injected into the cells in 20 mins. It’s set to be the fastest charging car in the market once the Audi e-Tron GT makes its superhero landing in 2021.