Audi has taken the wraps off the updated R8 Coupe and Spyder models. For 2019, the Audi R8 receives a styling update as well as improved handling and a boost in performance.

The 2019 Audi R8 looks sharper and meaner than before. It has new front grille with a honeycomb mesh design flanked by redesigned angular air vents on either side. The air intakes on the sides have also been enlarged. The headlights have a darker tint and feature F-shaped LED DRLs. The rear fascia has been updated with a grille which stretches across the width of the car. The tail lamps get new LED inserts, while the exhausts are now oval as opposed to rectangular. It is available with a choice of new 19-inch or 20-inch alloy wheels. 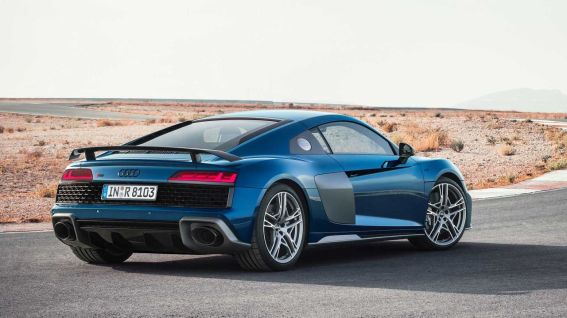 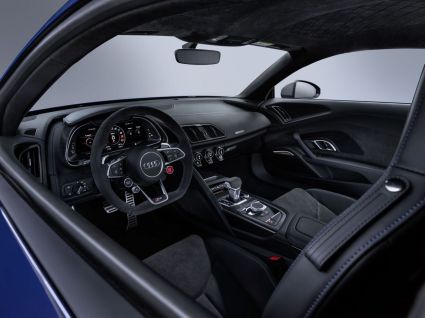 Apart from minor tweaks and Alcantara upholstery, the interior of the new R8 looks identical to the outgoing model. The car has a flat-bottom steering wheel with a red engine start/stop button and a digital cockpit.

Moving to the engine, the new R8 packs a tweaked 5.2-liter, naturally aspirated V10 engine that makes 562 hp and 406 lb-ft of torque. That’s around 30 hp and 10 lb-ft more than the outgoing model. The V10 Performance version also gets a bump in performance. It has 612 hp and 428 lb-ft. Thanks the extra oomph, the new R8 goes from 0-62 mph in 3.4 seconds, while the Performance achieves this in just 3.1 seconds. The Spyder versions will do the same sprint in 3.5 seconds and 3.2 seconds respectively. 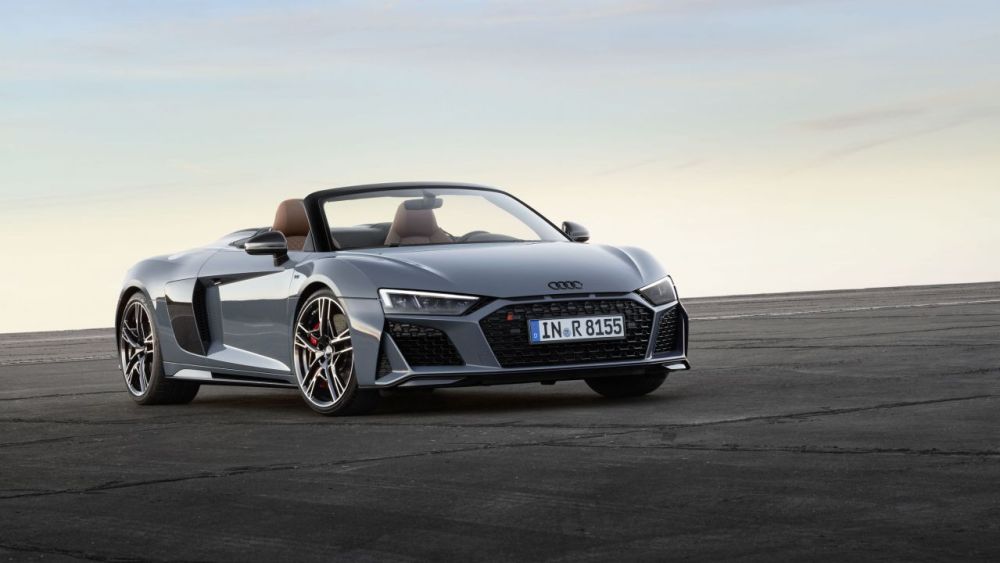 Further, Audi claims that the suspension on the new car has been tweaked for better stability and precision. The steering has also been worked up on along with ABS to help reduce stopping distances. Speaking of brakes, it comes equipped with optional carbon cermaic rotors.

The new Audi R8 Coupe and Spyder will go on sale in Europe in early 2019. 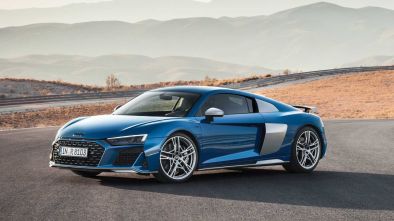 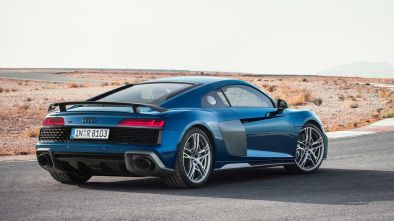 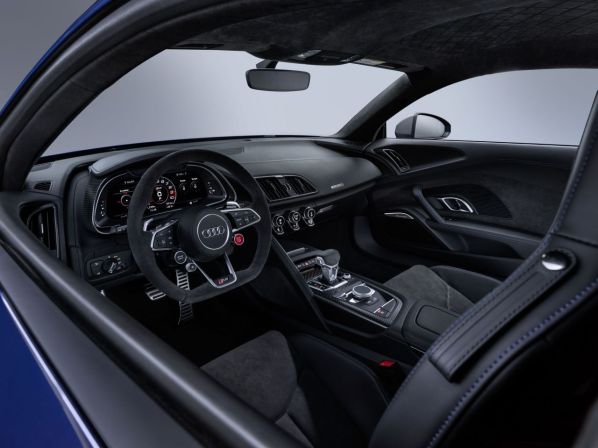 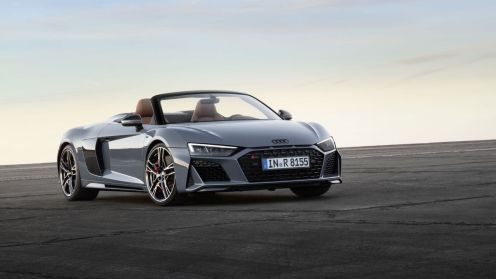 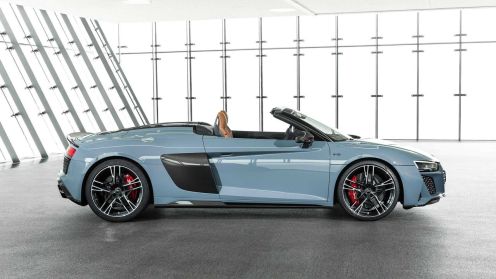 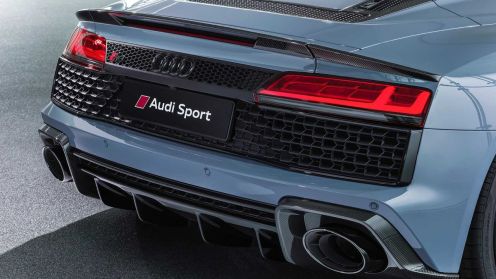 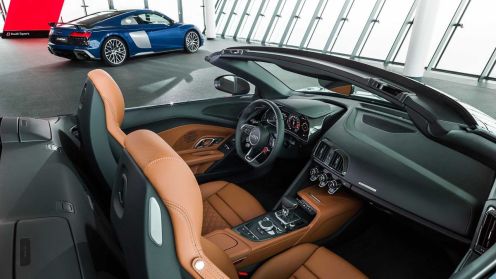