At a private event held at Palazzo Barberini in the heart of Rome earlier this month, a mob of car collectors, EV enthusiasts and journalists gathered to have their first look at Automobili Pininfarina’s new electric hypercar. It isn’t clear whether it was a prototype, a clay model or a digital rendering but whatever it was, it did manage to impress those assembled at the palace. Journalists report that the car looked “spectacular” while a handful of people were so bowled over by what they saw, they committed to buying one of the $2.3 million ultra-exclusive hypercars on the spot.

It is confirmed that the car will adopt the classic form of a mid-engined supercar. It will have more than 1800 hp, a sub-2 sec 0-62 mph time and a top speed in excess of 250 mph. The two seater hypercar will be based on a carbon fiber tub and use one electric motor for each wheel.  The driving range from a full battery is quoted as 310 miles. The hypercar is also expected to have level three autonomous driving capability in addition to a slew of other features.

By the looks of it, the company isn’t keen on developing the technology itself. Rather, it plans to work with suppliers or ‘technology partners’ to help develop the car, unlike brands like Koenigsegg, Pagani or Rimac. 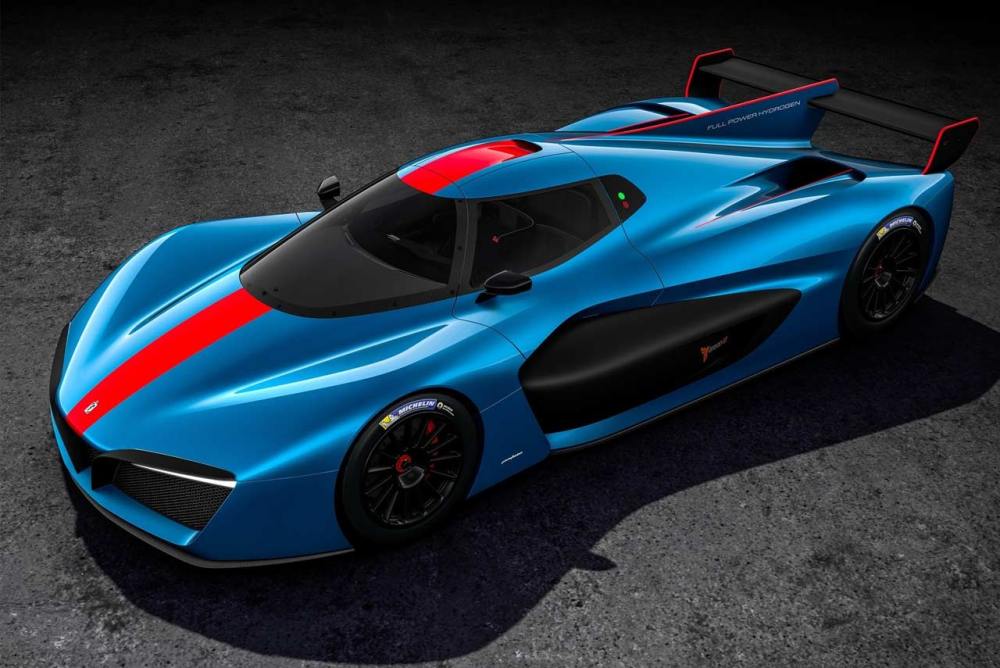 Rimac, which launched its own electric hypercar, the Concept_Two this year, is one of Pininfarina’s technology partners itself. It is expected that Rimac will supply the chassis and powertrain for the Pininfarina hypercar.

Automobili Pininfarina’s Michael Perschke also made a significant comment on the desirability of EV supercars over combustion ones. “It’s not chic any more to drive with a combustion engine through Palo Alto, Paris, or Oslo” he said. “We’re seeing existing hypercar buyers looking at EVs, as well as new buyers who are thrilled by the technology but have never considered a hypercar before,” he added.

We are really excited after hearing what the invitees of the event had to say about the car. We can’t wait to see the new hypercar for ourselves. However, it won’t be a long wait since a scale model of the car will be presented at the Pebble Beach Concours d’Elegance in August this year. The final production spec will be unveiled at the 2019 Geneva Motor Show.

Pagani lays out plans for an Electric Supercar