A second generation Audi R8 split into two pieces after a major collision with a VW last weekend. The accident happened on a wet road between Kastelbell and Latsch, near the Austrian border in northern Italy. Miraculously, drivers of both vehicles survived the collision walking away almost unharmed with just minor injuries. That seems unbelievable when you see the condition of the cars, especially the R8. 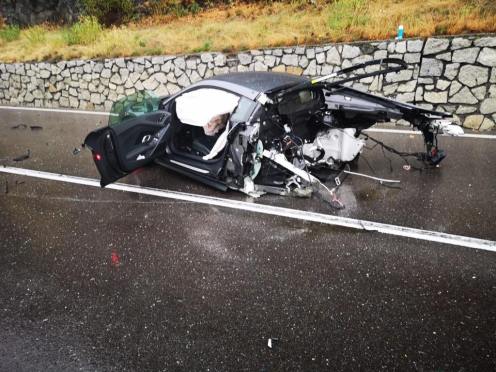 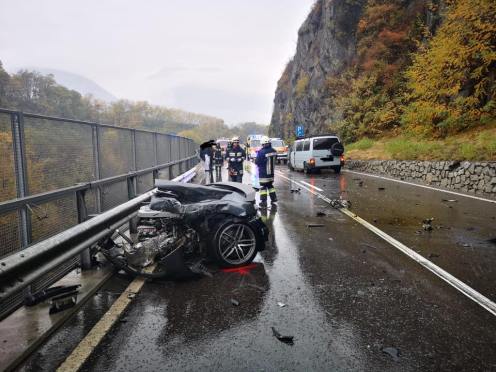 The R8 is torn in half with its V10 engine and rear axle thrown more than a two car lengths away from the cockpit. The van is only visible in one of the images with some damage to its front end and a crooked front-left tyre.

We think that the R8 lost control and may have hit the front of the van. The driver of the R8 lived to tell the tale thanks to the airbags and other safety aides.

The inclement weather caused delays in the clean up work. It took authorities roughly two hours to clean up the spilled liquids and reopen the road to traffic. 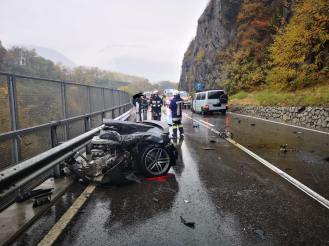 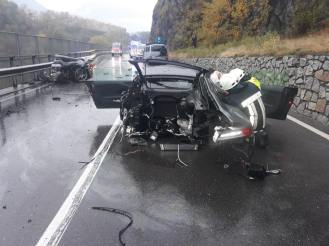 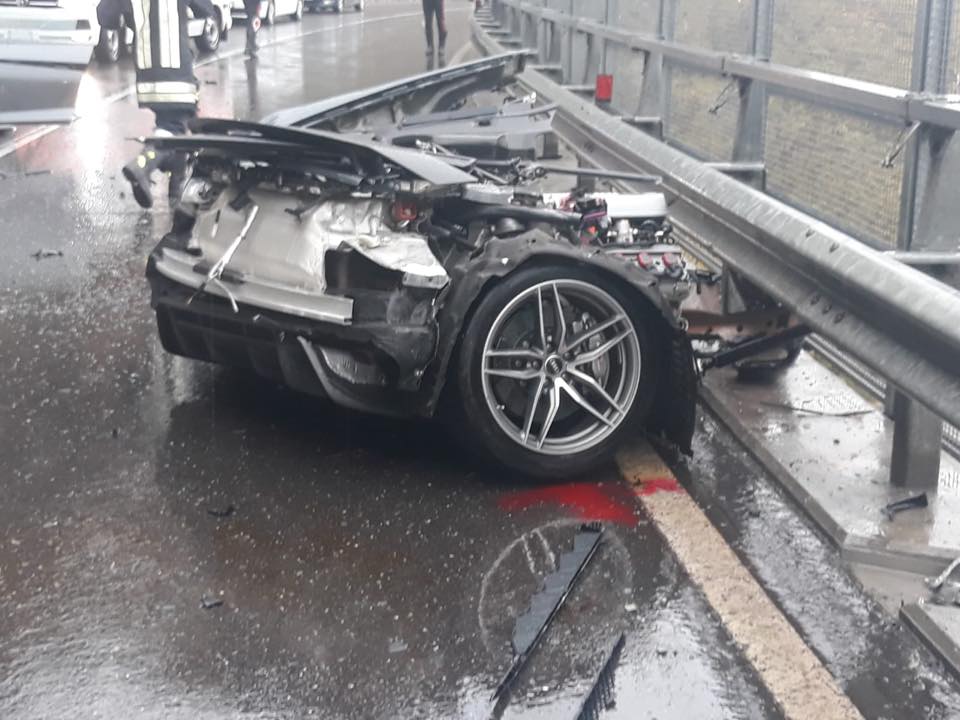