After the Valkyrie and the Valkyrie AMR Pro, Aston Martin Project 003 will become the next mid-engine hypercar in the company’s portfolio. Here is the teaser.

Back in September 2018, Aston Martin showed us a sketch of the upcoming mid-engine hypercar which will join the Valkyrie and the Valkyrie AMR Pro track-only machine as the brand’s hypercar offerings. While the line drawing was a decent teaser, the manufacturer has now unveiled a proper image of the machine which is being readied for a 2021 release. Being referred to as the Aston Martin Project 003, the new exotic machine is rumored to be both fast and luxurious.

With the Valkyrie (codenamed 001) and the track-only Valkyrie AMR Pro (codenamed 002), Aston Martin has established themselves as a serious player in the mid-engine hypercar league. The lessons learnt during the design and development of those two will contribute to making the Aston Martin Project 003 an exciting contender in the flourishing hypercar landscape. 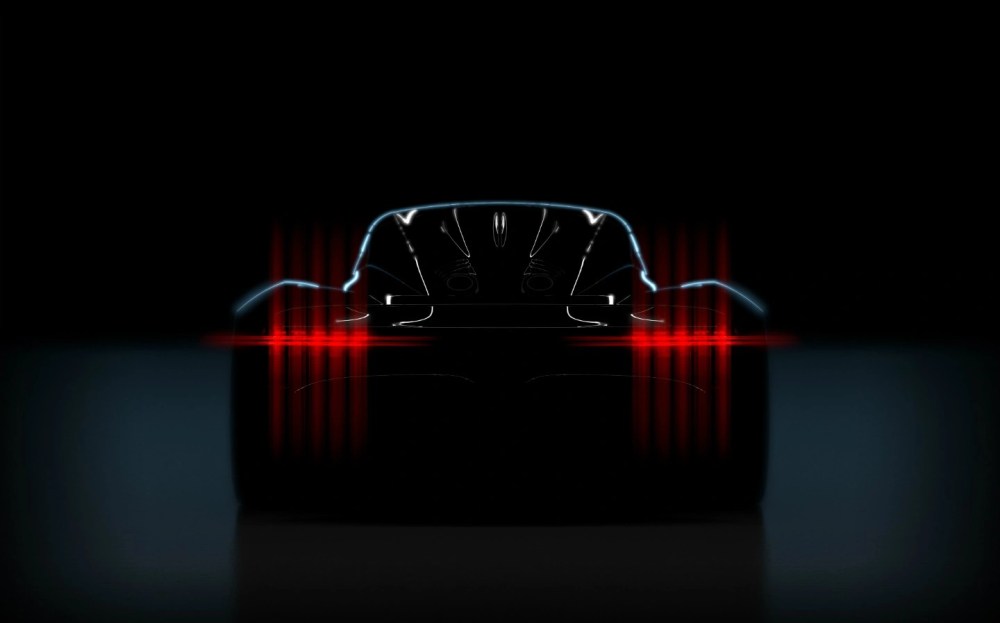 However, it’ll be greedy to expect the Project 003 hypercar to be faster and more furious than the Valkyrie duo. Aston Martin is thinking more along the lines of making it a car that’ll be more practical than either of the Valkyries. They will be making more of these too. 500 is the number being bounced around and that too for the coupe. That’s a higher figure compared to Aston’s production plans for the Valkyrie which will see 175 units rolling out. We haven’t heard yet about the convertible version yet. But it’ll come too when the time is right.

As of now, the details available speak of a turbocharged gasoline engine and a hybrid powertrain, active aero, active suspension, performance to make it click on the road as well as the track, and the availability of left and right-hand drive variants which will be homologated for road use in global markets.

Hopefully, more info on the Aston Martin Project 003 hypercar will trickle out of the Gaydon HQ in the coming months. Until then, car collectors and enthusiasts can celebrate the company’s decision to create a bloodline of limited production exotic machines which will carry forward the legacy of the Valkyrie.