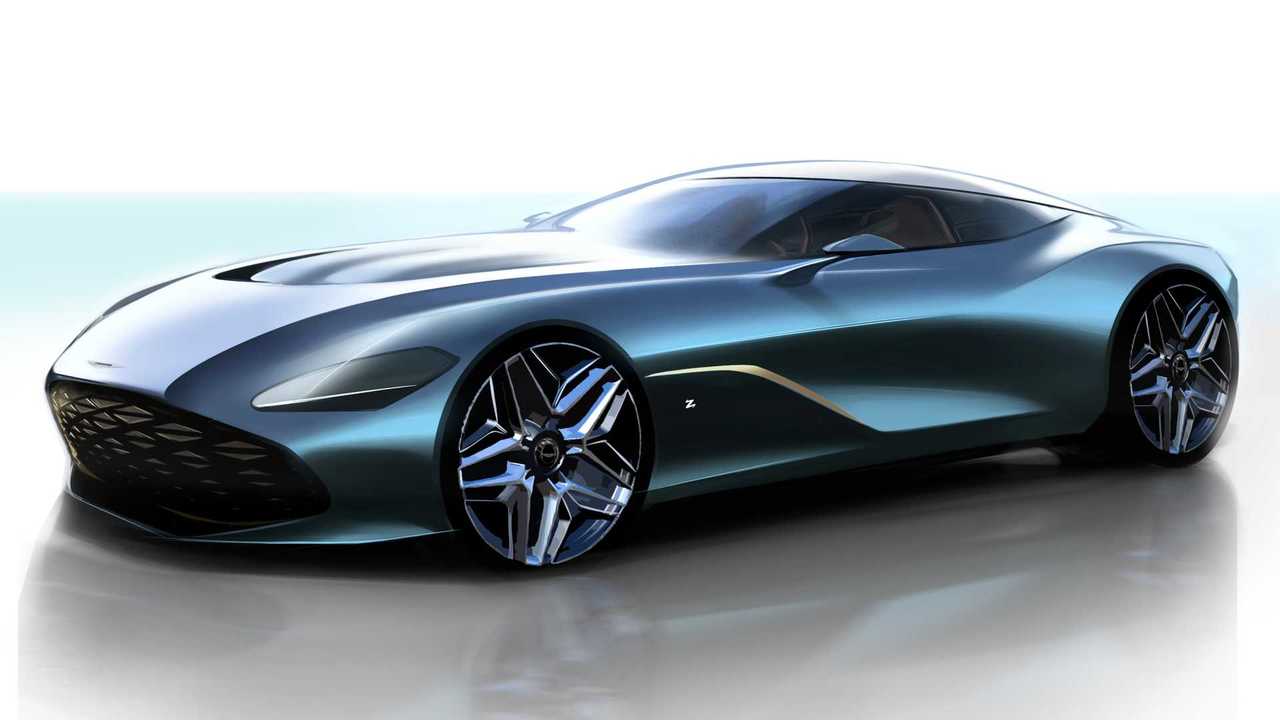 We recently brought you an exclusive story about the DBS GT Zagato and Aston Martin has now released stunning new rendering of the upcoming car. The renderings give us a good idea of what to expect from the latest Zagato in terms of design: a long, sleek body based on the voluptuous design of the original DB4 GT Zagato. In addition to showing off the dramatic new design of the upcoming special edition, the British automaker has also released more info about the car.

The DBS GT Zagato forms a part of the DBZ Centenary Collection created to celebrate 100 years of Zagato. It will be what Aston calls the second half of the Centenary collection with the original DB4 GT Zagato Continuation model being the first. Both the cars will be built in a limited run of 19 examples with the pair costing £6 million plus taxes. Unsurprisingly, it’s already sold out and that’s exactly what had we reported almost 2 weeks ago.

Aston has had a long running partnership with Zagato spanning more than sixty years and the DBZ Centenary Collection not only pays tribute to an icon of the past but also creates a classic of the future, if the design is anything to go by.

The iconic double-bubble roof will be the key design feature stretching the full length of the canopy, discarding the traditional rear windscreen in favor of a purer roof line. A fastback rear with muscular haunches, unique wheel design, elegantly shaped headlamps, a striking front grille and Zagato’s signature wraparound windscreen complete the splendid exterior of the DBS GT Zagato.

“In the DB4 GT Zagato Continuation we have one of the world’s most beautiful and instantly recognisable pieces of car design” said Aston Martin’s Executive Vice President and Cheif Creative Officer Marek Reichman. “Creating a car fit to stand alongside it was always going to be a formidable challenge, but also a great motivation. Both design teams at Aston Martin and Zagato have together risen to the task magnificently; taking the already fabulous DBS Superleggera and shaping something which retains its identity as an Aston Martin, but expresses itself as only a Zagato can. Sensational-looking and extremely rare, it is the modern incarnation of a timeless icon.”

Production of the cars will soon start at Aston’s Gaydon headquarters with deliveries set to commence in Q4 2019 for the DB4 GT Zagato Continuation and Q4 2020 for the DBS GT Zagato.

The Vanquish Zagato that came out a few years back was one of the most stunning front engine designs of the modern era, we can’t wait to see what Aston and Zagato have cooked up for their latest. But we wont have to wait long as we will probably get to see a real example at the Frankfurt Motor Show in September.