It isn’t clear what purpose would another mid-engine supercar serve, since the Valkyrie is already in development… but we are by no means complaining.

Aston Martin will soon launch the Valkyrie as the most extreme track weapon in its lineup and has already announced the development of a Ferrari 488 rival. Not content with just two cars, the British marque is planning to add another mid-engine model to its line up by 2021. Autocar reports that the car, internally known as the “brother of the Valkyrie” is intended to establish a new benchmark for supercars in the £1 million segment.

The man behind Aston Martin’s ambitious plans is the brand’s CEO Andy Palmer. “It’s correct – we have more than one mid-engine project underway – more than two, if you count the Valkyrie. This new project will draw on all the know-how we’ve taken from the Valkyrie, as well as some of its visual identity and engineering capability, and bring it to a new sector of the market.” Palmer said. This has been possible thanks to the success of Aston’s initial collaboration with Adrian Newey and the Red Bull Racing team. 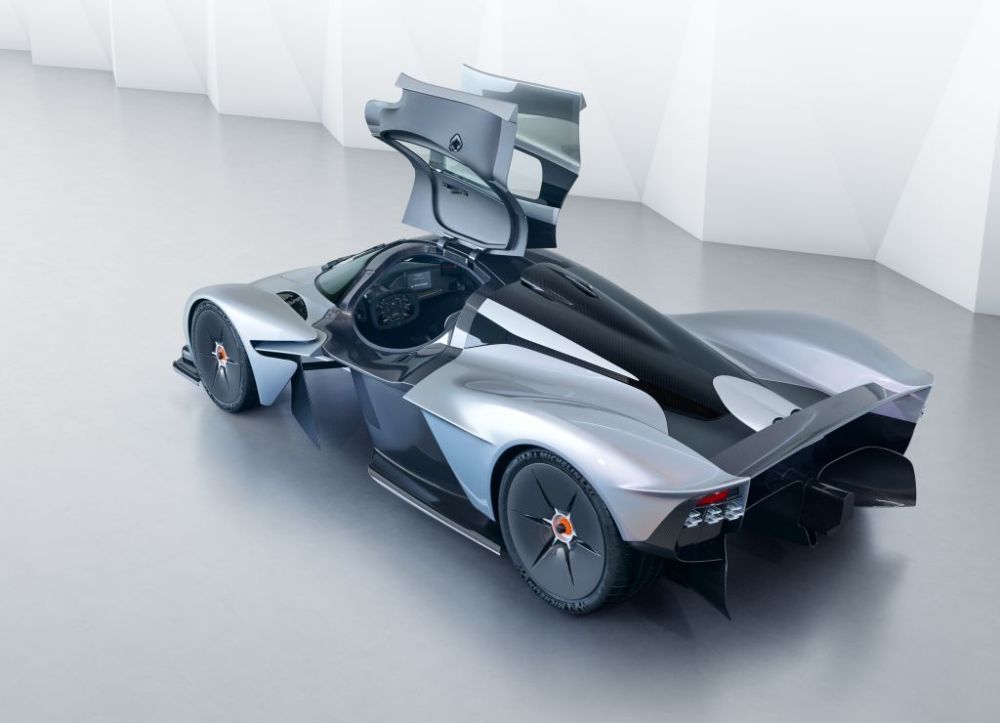 Details are of course scarce for now but Autocar speculates that the car (along with the 488 rival) could use a carbon fibre monocoque and a Mercedes-AMG sourced V8 but we wouldn’t be surprised if Aston Martin went on to develop its own engine. Aston plans to pit the new car against the successors to the McLaren P1, Ferrari LaFerrari and Porsche 918 Spyder and will likely use a hybrid powertrain. The company should have instead gone for an all electric hypercar since Porsche and Mclaren have already announced their electrification plans. This would have further separated the new model from the Valkyrie.

While the Valkyrie is only limited to 100 units and is priced at $3 million, expect the new car to have a production run of close to 500 cars and cost around $1 million.

The new announcement also clears up Aston’s recent hiring of long time McLaren chief test driver Chris Goodwin. Goodwin has first hand experience developing a hybrid supercar, since he was extensively involved with the P12 (the P1 development project). Aston Martin has also poached Max Szwaj from Ferrari as the brand’s chief technical officer to lead the development on the new car.

Expect the car to be revealed shortly after the 488 rival is launched in or around 2020.