Afrojack announced that he had ordered a new Bugatti Chiron back in December last year. This was prior to car’s official unveiling at the Geneva Motor Show in February, 2016. Now, thanks to Autogespot, we know how his Chiron will look like. 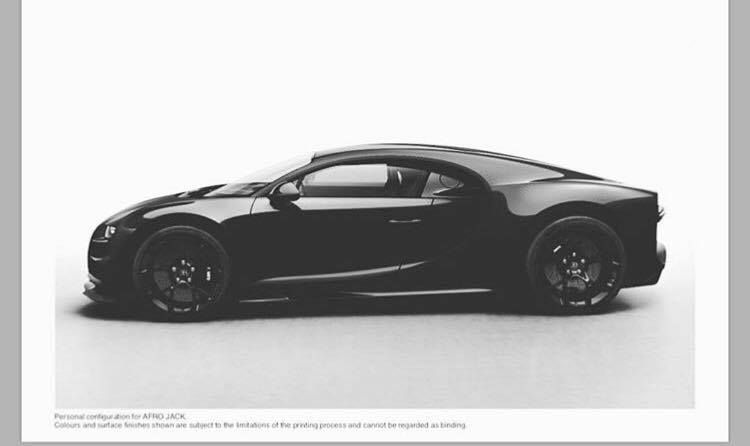 Afrojack has specced his Bugatti Chiron in a single color, probably in black. Wrapped in all-black with gloss black wheels to match, the DJ’s Chiron looks beastly to say the least. It’s hard to judge the color from the monochrome images, however it looks like the exterior is finished in bare carbon fiber. Either way, his Chiron would definitely grab attention.

The Bugatti Chiron- the successor to the Veyron was revealed at the 2016 Geneva Motor Show. The next-gen hypercar comes with a base price of $2.5 million and almost all of the 500 cars destined for production will be unique. By looks of it, Afrojack’s Chiron might also feature an all-black interior.