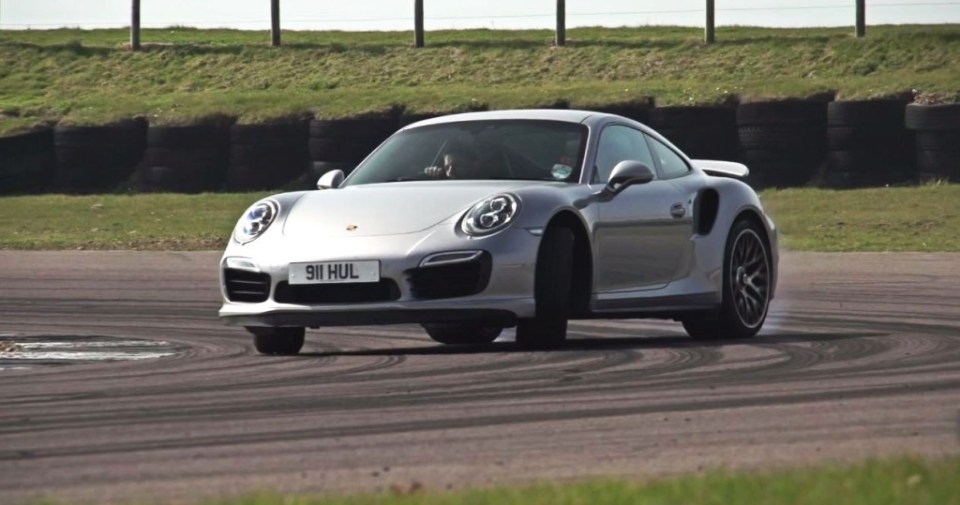 Jethro Bovingdon went to Anglesey with a Porsche 911 Turbo S  expecting it to be about as fast as the 2015 Nissan GT-R. EVO has been here before with a McLaren P1 and Porsche 918. Both these supercars were way quicker than any of the GTs. The fastest rival to the Turbo S would have been the Ferrari 458 Speciale but it soon turned out, that the Ferrari was no match for the Porsche’s sheer pace and mid-corner adjustability. In short, a Porsche just kicked Ferrari’s arse.

Perhaps, the Speciale would score better on the excitement scale. Its screaming V8, razor sharp handling and the overall theatre of hooning a Ferrai around a race track might put a wider smile on one’s face. But, this time it was all about lap times and the Turbo S clearly had the upper hand. Also, unlike Ferrari who usually turn up with a technical team, extra tires and laptops, the Porsche had none. Porsche 911 Turbo S then, is clearly worthy of its victory over Ferrari.