Six weeks after the all new 911 (992 gen) coupe was revealed, Porsche has took the wraps off the new 911 Cabriolet.

The drop top version remains virtually identical to the 992 coupe. However, the new generation convertible has received numerous changes to the soft top compared to the 991-gen car. The soft top structure now contains magnesium surface elements known as bows, which would prevent ballooning of the roof at high speeds. Thanks to new roof hydraulics, the soft top can now be deployed or stowed in 12 seconds at speeds up to 30 mph (50 km/h). Also, standard on the 992 cabriolet is an integrated glass rear window and electrically extendable wind deflector. 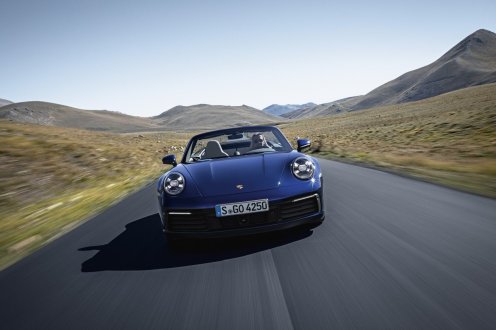 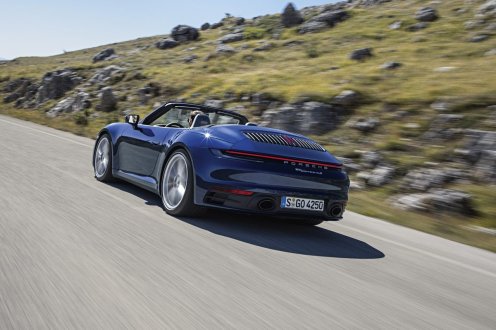 The 911 Cabriolet is initially available as a Carrera S with rear-wheel drive and Carrera 4S with all-wheel drive. Both rely on a twin-turbo 3.0-liter 6-cylinder unit which produces 444 hp (331 kW / 450 PS) and 391 lb-ft (530 Nm) of torque. The power is delivered via a newly developed eight-speed dual-clutch transmission. The Carrera S accelerates from 0-62 mph in 3.9 seconds and can reach speeds up to 190 mph. The Carrera 4S achieves 0-62 mph in 3.8 seconds and can attain a top speed of 189 mph. When equipped with the optional Sport-Chrono package, both the cars are 0.2 seconds faster to 60 mph from standstill.

Expect the 992 Cabriolet to be a better driver’s car than its predecessor thanks to more torsional rigidity and the presence of Porsche Active Suspension Management (PASM) system for the first time. When the PASM is active, the front and rear anti-roll-bars are more rigid, and the chassis gets lowered by 10 mm. These adjustments, according to Porsche, give the 911 a more neutral feel on the road, with better weight distribution. 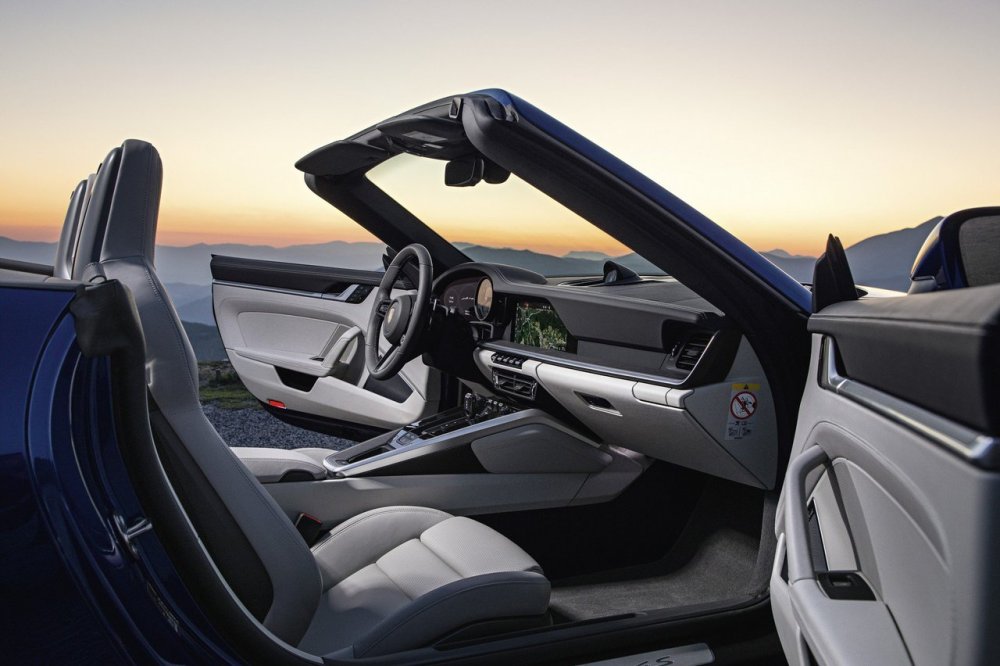 Just like the coupe, the cabriolet features wider front and rear with enlarged fenders that would be standard on all the variants unlike the previous generation car. The new bumper at the front and the a significantly wider, variable-position spoiler and the seamless light bar at the rear are also carried over from the coupe.

Except for the dedicated controls to open or close the roof, the interior is also fairly identical to the coupe which launched with a new instrument cluster, revised switchgear, and a larger 10.9-inch infotainment display. 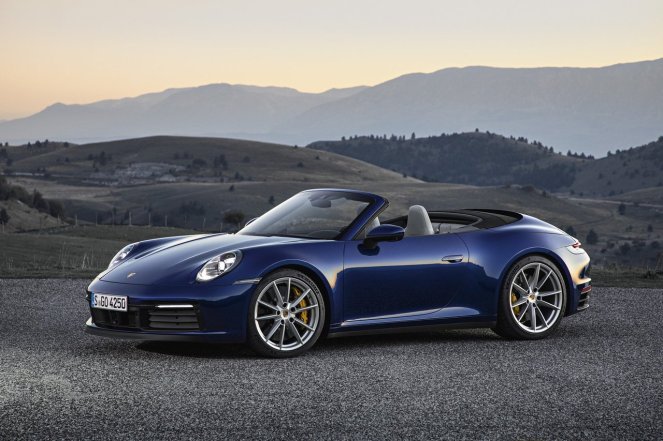 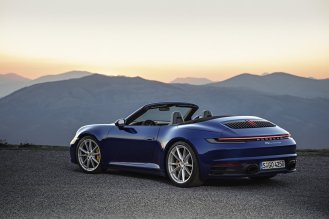 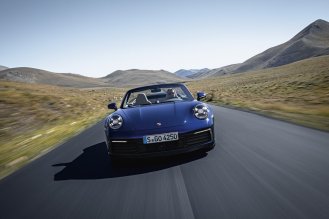 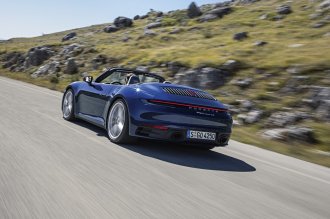 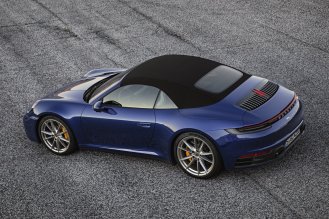 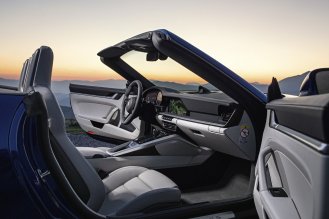