Whether you’ve had a little bump with another car, a poor parking experience or simply clashed with the forces of nature in the form of hail, stones or a fallen branch, having a dent in your car can be really annoying.

So many of us take pride in our vehicles and work so hard to keep them looking nice and in full working order, but having a dent is something that can constantly play on our minds; especially if you see it every time you use your vehicle.

Instead of having to put up with it, it’s time to make things better. Today, we’re going to explore the five handy techniques you need to know to help remove the dents from your car, ensuring it looks it perfect self; something you can be proud of.

Depending on where your dent is, you may be able to get behind the dent and push it from the reverse dented side to get the surface back to normal. In some cases, say the dent is on the door, you may be able to take the interior door panel off easily to get to it easily.

Using a Hairdryer and Cold Spray

Perhaps the most DIY technique is to use a hairdryer. All you need to do is hold a hairdryer about six or seven inches away from the dent and hold it in place to heat up the metal. This shouldn’t take longer than several minutes. Then, if the metal feels heated and malleable, spray a cold spray onto the dent, and it should pop back in place. This may take a couple of attempts, but it saves you having to buy anything!

If you have access to dry ice, using this can be an effective way to remove the dents on your vehicle. Simply hold the dry ice with tongs for no longer than a minute on the dent. Once you remove the dry ice, the dent is likely to pop out back into its original position. Make sure you’re as safe as possible while implementing this technique. 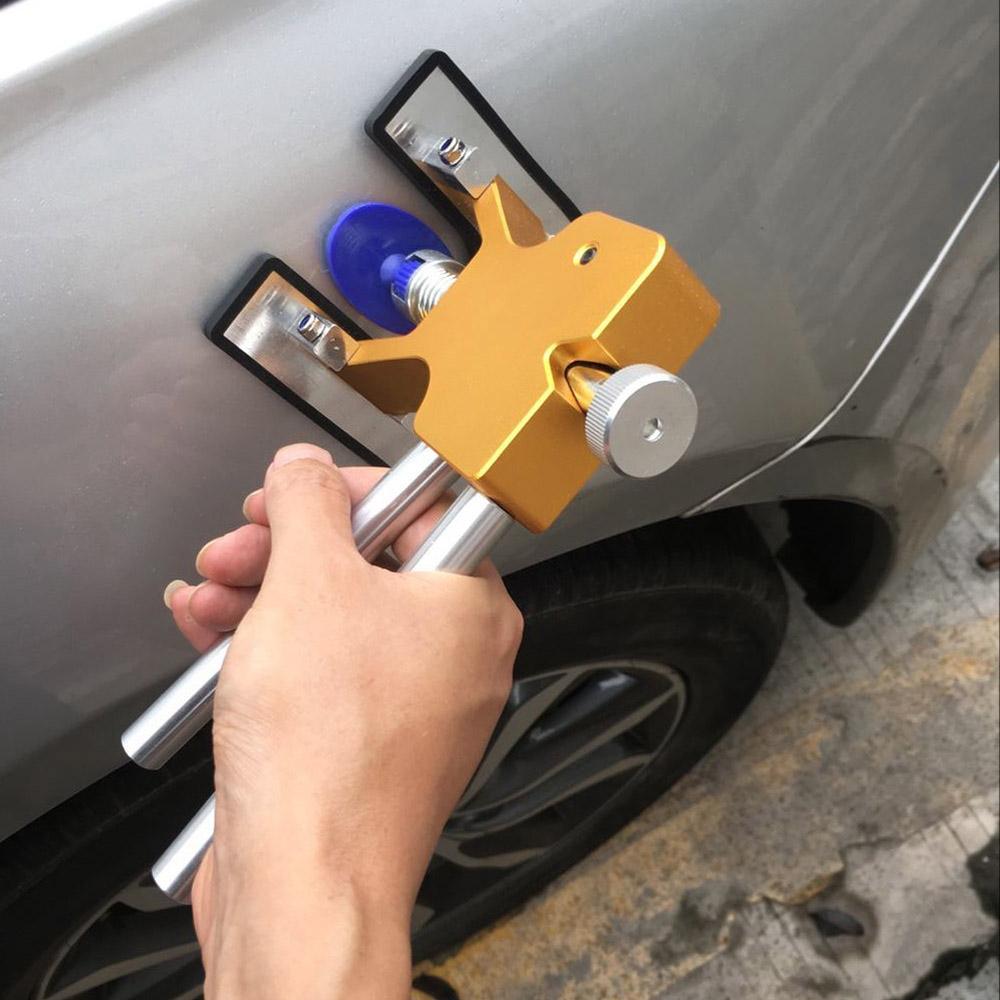 Use a Dent Puller

Perhaps the easiest way to remove a dent in using a piece of equipment known as dent pullers. This is basically dedicated suction cups you apply to the dent of your car, suction it in and then pull outwards. There are plenty of different types for all shapes, sizes, materials, and vehicles so you can find the one that’s right for you. This solution is effortless, painless and gets the job done!

The opposite technique to using dry ice or cold sprays is using boiling water and works specifically well on plastic bumpers. Just boil a pot of water and pour it over the dent. The dent should pop out automatically. If it doesn’t, use a dent puller or plunger to encourage it.

As you can see, there are plenty of ways you can easily remove the dents from your car, or any vehicle, helping you restore your pride and joy to its best state. Experiment with a few for the best results!