Kahn would like to sell you a Land Rover Defender Flying Huntsman 6X6 for $300,000. That’s proper supercar money.

The actual conversion would translate to $291,126 as of today. But add the taxes and the customer will have to empty a few more thousands off his wallet. Kahn’s listing of this Land Rover Defender Flying Huntsman 6X6 is a testimony to the fact that there is still a market out there for 6-wheeled off-roaders. 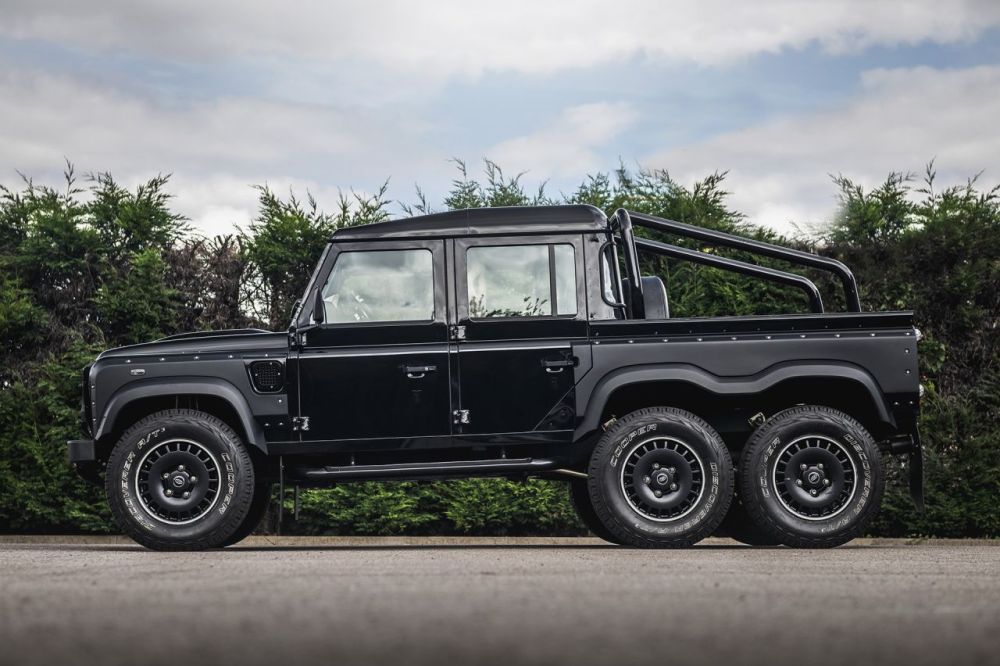 A Corvette-sourced, 6.2-liter LS3 V8 producing 430 hp of power employs a 6-speed automatic transmission to channel all the might to all six wheels. Kahn’s Chelsea Truck Company brought forth the upgrades which transformed the donor Land Rover Defender 110 into this massive beast finished in Santorini Black. That explains the “Investing in British Industry” and “Chelsea Truck Company” badges. 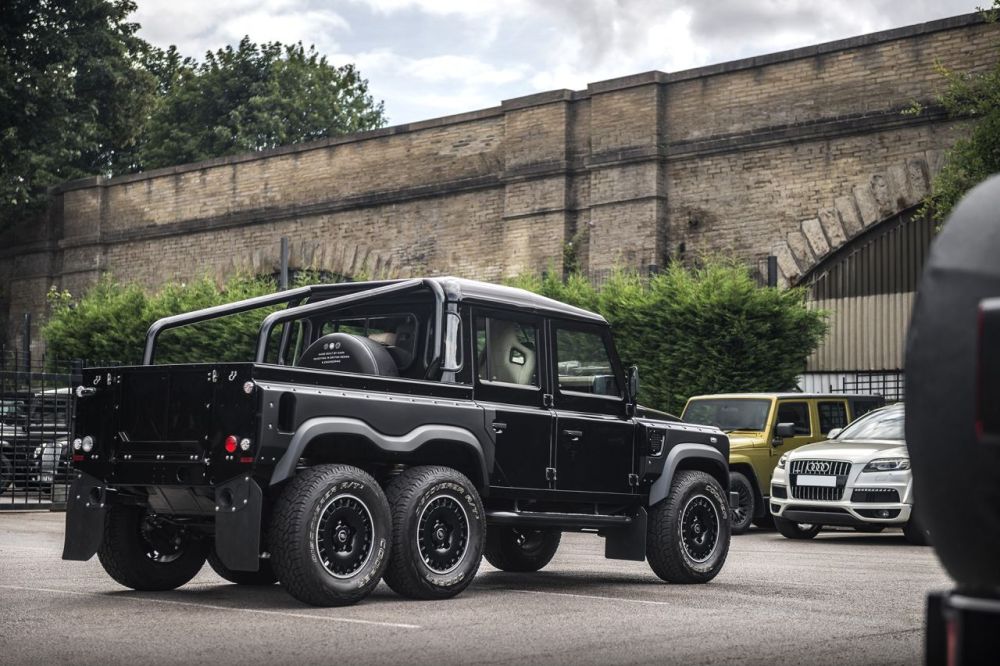 The example is a barely used machine with 101 miles on the odo, two years of age, and a single owner history. Along with the additional set of wheels, which certainly is the USP, the Flying Huntsman has the creature comforts one can expect from a bespoke luxury off-roader in this class. A comprehensive list of the features populating the Flying Huntsman specification can be found in the Kahn site link below, should you desire to read up more. 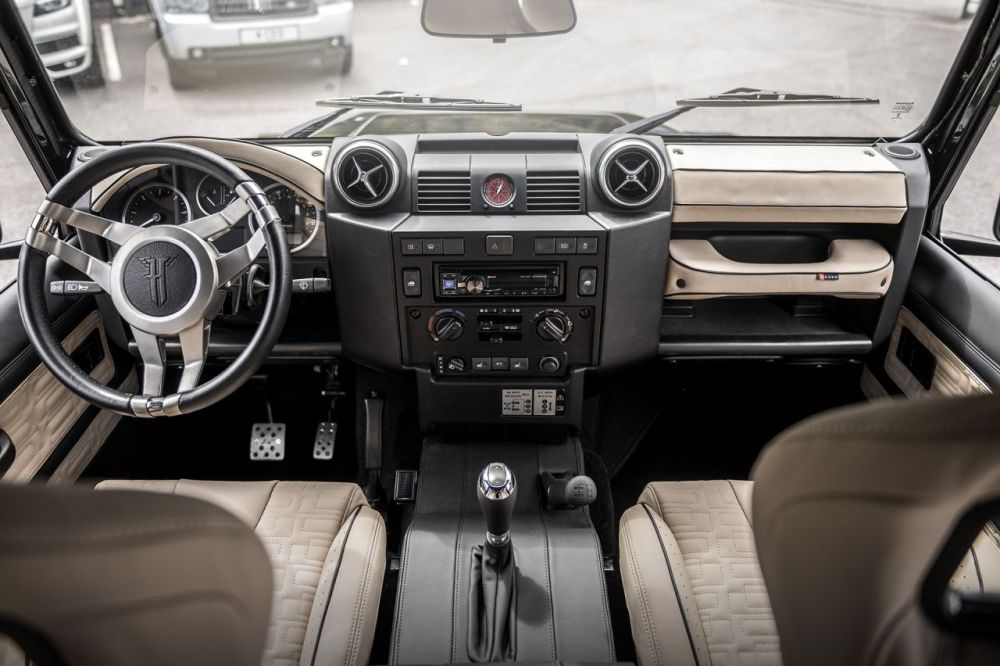 Are you into 6-wheeled trucks which sell for a humongous amount of money? Here is a Dodge Hellcat-Powered Jeep Wrangler Rubicon 6X6 for $290,000 and the Hennessey VelociRaptor 6X6 priced at $349,000!