Chevrolet Corvette Z06 prototypes have been camping at the Nurburgring for a while now. The cars were recently spotted doing quick laps on the track by statesidesupercars. It looks like Chevy is testing both standard Z06 and the one equipped with the Z07 package. 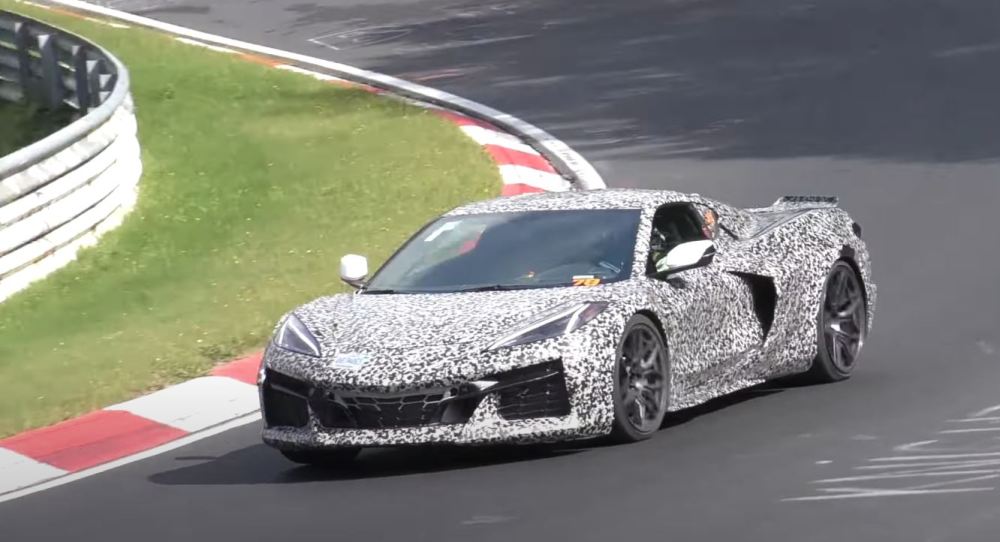 The C8 Corvette Z06 is powered by a naturally-aspirated 5.5-liter V8 engine. It is based on the DOHC V8 used in the C8.R race car. The engine is said to produce upwards of 600 hp. What’s more interesting is the fact that the motor uses a flat-plane crank and revs to around 9000 rpm.

Now, you may have heard this engine in the official teaser. However, out in the wild it sounds magnificent. It seems a bit odd as we are so used to the sound of a burbling V8 in a Corvette. We think the new Z06 almost sounds like a Ferrari!

Reports suggest that the car will get an active rear spoiler along with a more aggressive front splitter and canards on the sides as part of the Z07 package. Carbon fiber wheels will also be offered as an option for the first time.