The first images of the 2021 Porsche 911 Turbo S (992) have leaked online. These images were shared on Instagram a short while ago.

The car seen here appears to be finished in Guards Red. It has black decals on the doors that say ‘911 Turbo S‘ on it. The dual-tone wheels that have a gloss black finish look rather neat too. The 992 generation Turbo S gets a slightly tweaked front end. It has a new front bumper and a flatter hood. The tail lamps look slimmer and the retractable rear spoiler has been retained. 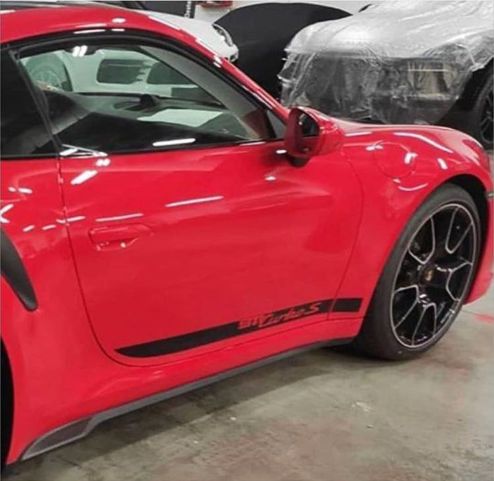 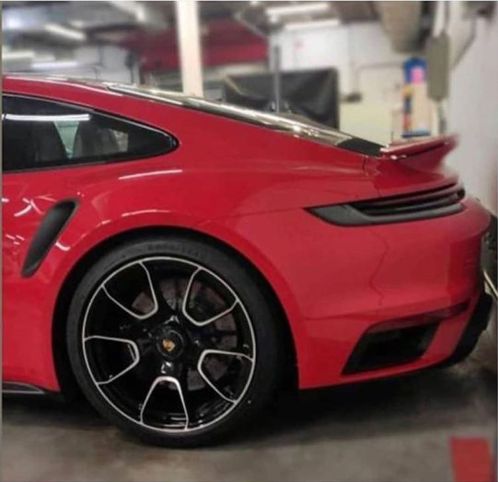 The new 911 Turbo S is expected to be powered by an updated 3.8-liter, twin-turbo flat-6 engine. Although not confirmed, the overall output is expected to be upwards of 640 hp, while the torque could be boosted to around 590 lb-ft. Power will be sent to all four wheels via an 8-speed dual-clutch automatic transmission. 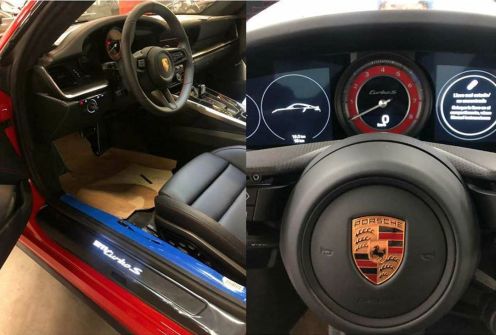 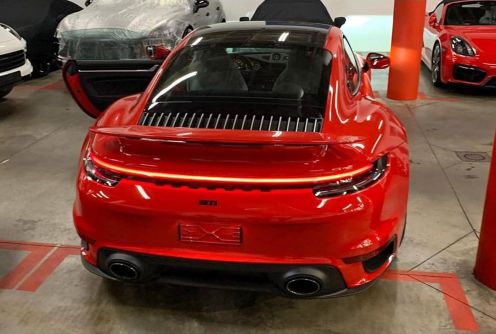 The 992-gen Turbo S is expected to make its public debut at the 2020 Geneva Motor Show early next month.