It’s been 17 years since the last Mustang Mach 1.

After releasing a set of official spy images late last month, the blue oval has finally taken the wraps off the new Mustang Mach 1. 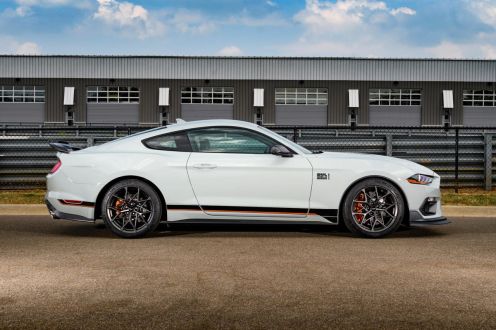 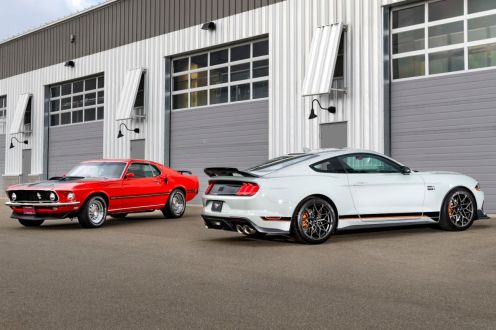 The new Mach 1 comes with a familiar 5.0-liter Coyote V8 engine that has been tuned to produce 480 hp. That’s 20 hp more than what you get in a standard Mustang GT. The engine is mated to either a 6-speed manual with an automatic rev-match feature or a 10-speed automatic gearbox. 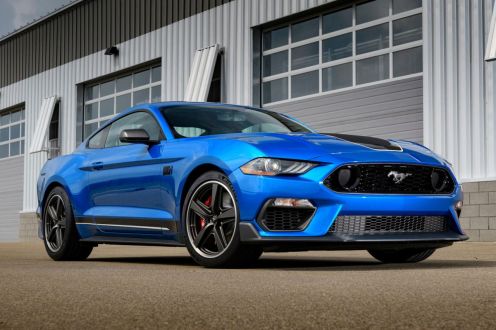 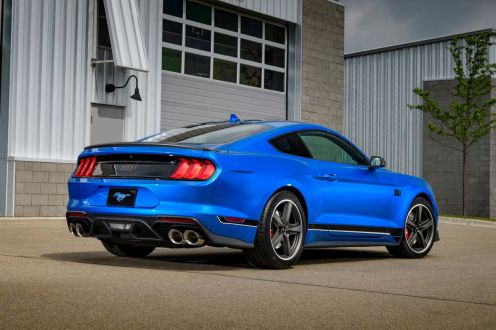 Part of the kit is a high-flow intake manifold, oil cooler and oil filter adapter from the Shelby GT350. It also gets a rear-axle oil-cooler from the Shelby GT500. The car is equipped with MagneRide dampers, revised electric power steering, stiffer sway bars and rear bushings and a rear toe link from the GT500. 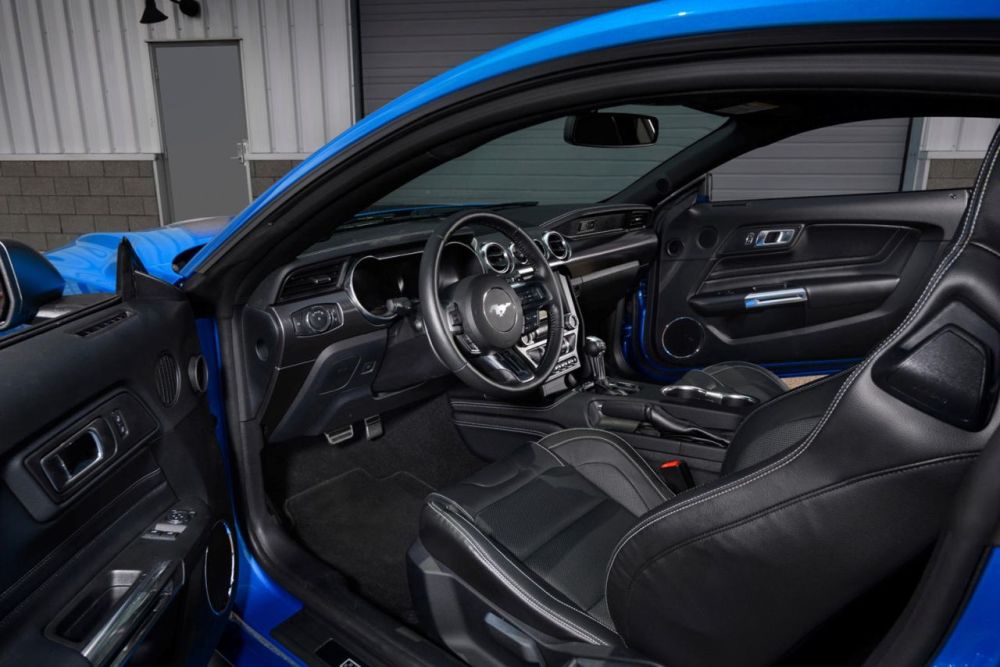 The Mustang Mach 1 gets a modified front end featuring a new grille and front bumper. The Performance Pack Level 1 adds a prominent front splitter and a rear spoiler that is claimed to add 22% more downforce. Additionally, customers can opt for the Mach 1 Handling Package that adds a more aggressive front splitter, new front lip moldings, rear tire spats and swing spoiler with Gurney flap from the Shelby GT350.

The new Mach 1 will go on sale next spring.