The carbon-fiber diet has yielded its reward.

The Lexus RC F Track Edition is the lightweight, track-focused, carbon-fiber-loving version of the 2020 RC F and no, it’s not starring in Men in Black International.

Let’s get one thing out of the way first. The 2020 Lexus RC F isn’t the car from Men in Black: International. While Tessa Thompson and Chris Hemsworth will have to make do with the older car, some of us will get to drive and own the 2020 model later this year. In better news, a lightweight hardcore version of the sports coupe was launched alongside the standard model at the 2019 Detroit Auto Show.

The standard 2020 Lexus RC F gets the usual round of cosmetic surgery which has freshened up the styling. Redesigned LED headlights paired with DRLs, a wider lower lip below the large spindle grille and wider LED taillights stand out in the list of visual tweaks.

Aided by a revised intake system, the naturally aspirated 5.0-liter V8 belts out an additional 5 hp of power and 6 lb-ft of torque over the 2018 model. 472 hp and 395 lb-ft channeled through an 8-speed automatic transmission (with a higher final drive ratio) are more than adequate for the rear-wheel drive performance coupe.

A 4.2-second dash to 60 mph from 0 is brought forth by the launch control system which is part of the standard equipment. The engineers ran the car through a strict weight-loss program (hollow drive shafts, a smaller A/C compressor, a lot of aluminum suspension components) as well since the previous model had received a lot of flak for being heavy. 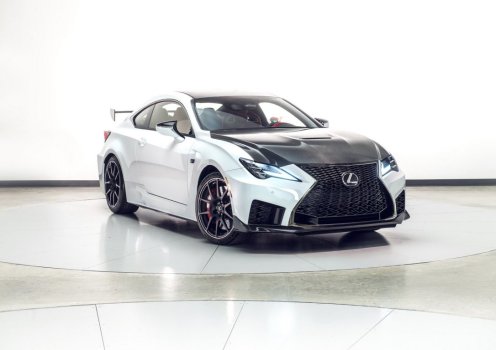 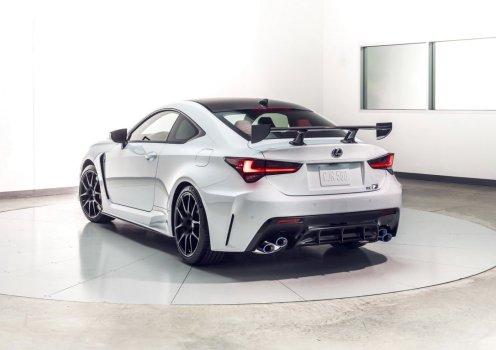 Launched along with the standard car, the 2020 Lexus RC F Track Edition is a limited edition model which is lighter and of course, hardcore. Aimed at a more serious driver, the Track Edition has got lots of carbon-fiber which makes it 176 pounds lighter than the regular Lexus RC F. Along with the carbon-fiber roof, hood and rear spoiler, a titanium muffler and exhaust pipes, 19-inch BBS forged-alloy wheels and carbon-ceramic brakes contribute to reducing the overall weight.

Power and torque remain the same as the new Lexus RC F standard car and so does the transmission case. But with less weight to pull around, the 2020 Lexus RC F Track Edition will be a superior track weapon than its tamer sibling. And Lexus is hoping to see it pose a serious challenge to the BMW M4.

Pricing will be announced closer to the actual launch.