Did you like the Exorcist Camaro? Then you’re gonna love the Hennessey Resurrection Camaro which has made its SEMA 2019 debut.

The Texas-based tuning powerhouse threw out the 6.8-liter supercharged V8 powering the standard Chevrolet Camaro ZL1 1LE and in its place came a 755 hp LT5 V8 from the C7 Corvette ZR1. Then they carried out a massive round of upgrades covering everything from the powertrain and transmission to the fuel system and engine management calibration. The end result is this enormously-powerful muscle car which has been named the Hennessey Resurrection Camaro. 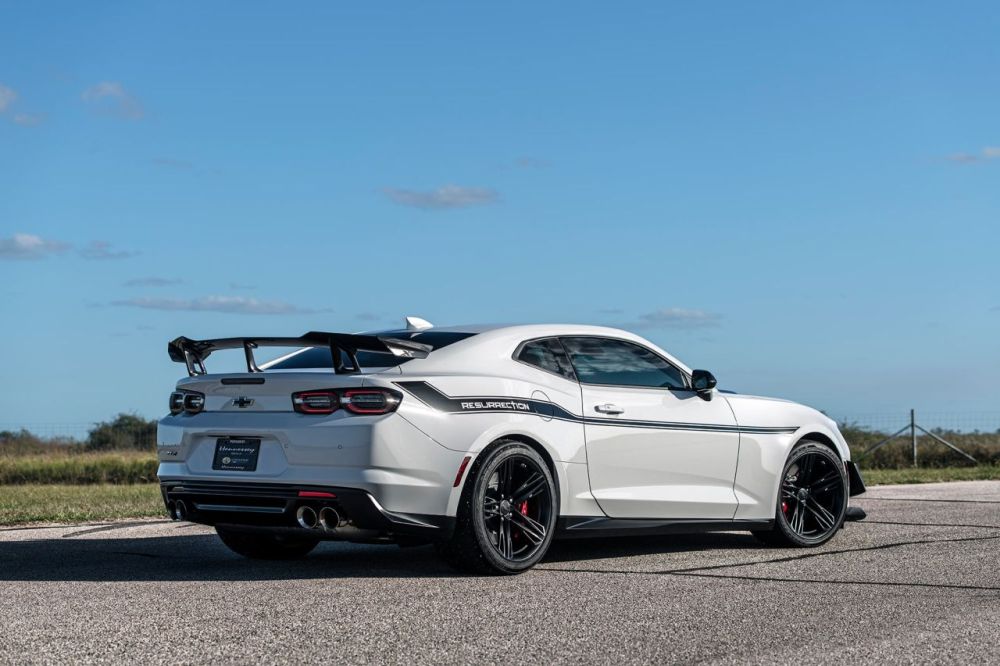 The numbers are going to make jaws drop as the engine now produces a whopping 1,200 hp of brutal power and an equally mind-blowing torque of 1,000 lb-ft, as long as you are running on a tank full of E85 fuel. Transmission can be chosen from either a 6-speed manual or 10-speed automatic. As far as the visual updates are concerned, the new graphics and custom carbon-fiber hood will make the Resurrection stand out from the donor car. 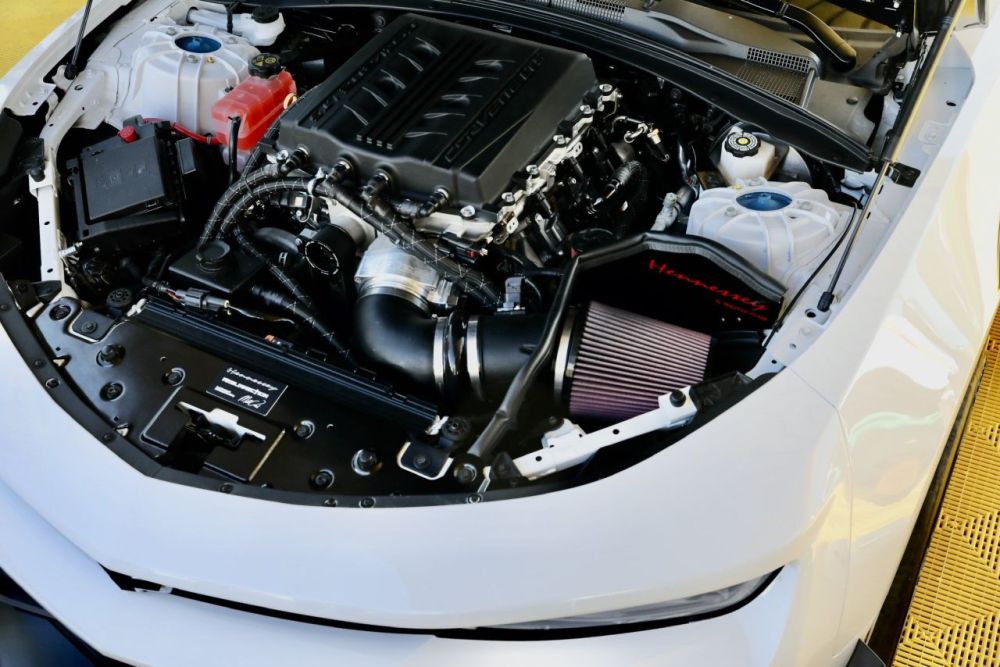 Supercars may want to prepare themselves for some serious challenges coming from this guy while in a straight line. Top speed is 220 mph and when the Resurrection Camaro is on its way to that number, it’ll shatter the 0-60 mph dash in 2.3 seconds. In more good news, Hennessey claims that on the drag strip the Resurrection will cover a quarter-mile in 9.3 seconds at 150 mph.

So the Dodge Demon may have to deal with both the Exorcist and the Resurrection from now. But at $200,000 apiece and with only 24 units of the Hennessey Resurrection Camaro to be built, chances of dueling with one of these on the drag strips are rare. But that won’t be stopping many serious enthusiasts with huge wallets from placing an order for this hyper-muscle car.