We have a Christmas gift for you, Toretto! And you'll love the packaging!

What better way to introduce the mightiest crate engine in the Mopar range than by shoehorning it into a 1968 Dodge Charger? Prepare to meet and greet the Hellephant crate-engined Super Charger!

Mopar went for a “Go big or go home” route at the 2018 SEMA Show by taking a 1,000 hp supercharged 426-cubic-inch HEMI V8 crate engine and wrapping a custom 1968 Dodge Charger around it. It’s aptly named the “Super Charger” and the engine which drives it has an intimidating name – the Hellephant. That’s an elegant throwback at the 426 Gen 2 HEMI V8 “Elephant” engine from the 1960s and 70s.

The new crate engine will go on sale in the first quarter of 2019 and it’s not just the power figure that’s mind-blowing. The torque output is a staggering 950 lb-ft. Bolt the Hellephant on to a pre-1976 street or off-road vehicle, pour in a generous amount of fuel from the nearest gas station and this beast of a motor will release 1,000 horses without breaking a sweat. The crate engine will be offered as a plug-and-play installation package with everything you’ll need to shoehorn it into your ambitious project car. 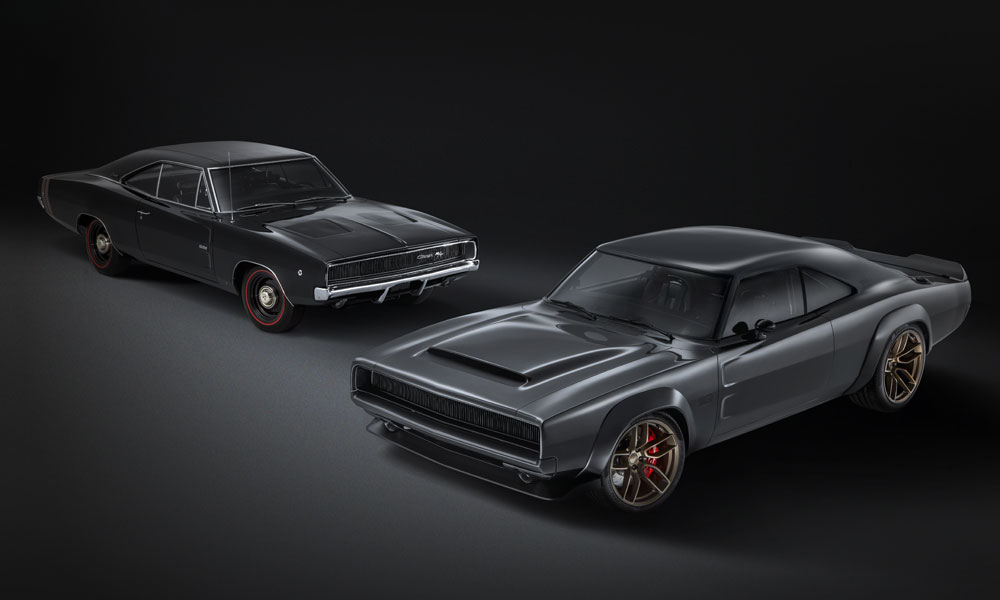 For Mopar, presenting the Hellephant 426 crate engine in a custom 1968 Dodge Charger was the natural thing to do. 2018 marks the 50th anniversary of the celebrated Charger design and is by all means the finest choice of residence for the all-powerful motor. Dodge Chargers of that era have always been successful in garnering admiration. From stints in Hollywood movies – Bullitt to Fast and Furious – to being a poster car for generations, the late 1960s Charger never fails in dropping jaws and ejecting eyeballs. The 1968 Dodge “Super Charger” concept is no exception.

Before you ask, the custom 1968 Dodge Super Charger concept is not for sale. But just like the Speedkore Charger Evolution with the Demon engine, we would love to see this in a Fast and Furious movie.

Finished in custom “De Grigio” gray metallic paint, the Super Charger improves upon the timeless design.  The new-gen Dodge Challenger – the Demon in particular – had its influence on the concept. The hood scoop and the fibreglass front splitter are inspired by the Demon and the rear spoiler reminds one of the new Charger R/T.

Major upgrades include, an increase in the front and rear track, shorter overhangs, longer wheelbase, reduced ride height and a smooth body appearance achieved by cleverly concealing the door handles and shaving off the rain rails. 426, Super Charger and Hellephant badges/stickers have been tastefully placed in an around the one-off show car. 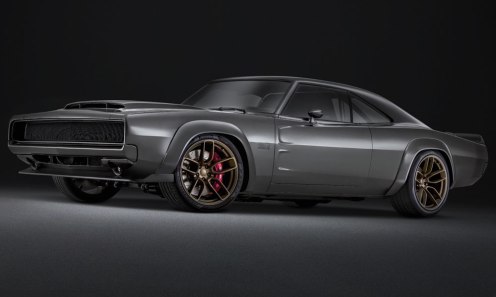 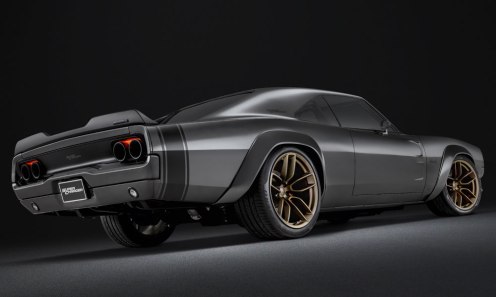 Mopar reached into the FCA parts bin to pick up useful components which were then modified to suit their requirements. The bucket seats from the Dodge Viper. The switches, 20-inch front wheels, 6-speed manual transmission and those headlamps hidden behind the front grille were taken from the Dodge Challenger SRT Hellcat. The same net from the Demon has been set up inside to store helmet and race equipment. The SRT Hellcat bin was raided again to take floor carpets for the back (no rear seats) and floor mats for the front. The exhaust tips which occupy the place of taillights were taken from the Alfa Romeo Stelvio.

The 21-inch rear wheels were custom made and 6-piston Brembos have been assigned the duties to stop the Super Charger from crashing into stuff. A custom roll bar will keep the occupants safe in case the world goes upside down.