The auction price of this 2017 Ford GT was almost three times its original sticker price in the US.

Strangely, when some supercars are auctioned after some time of usage they fetch a lot more money as compared to their original buying cost. One of the recent examples of this is a 2017 Ford GT, which recently went under the hammer at Mecum Auctions.

This 2017 model of Ford GT fetched a mind-boggling price of $1.815 million – almost more than three times its original sticker price. This piece of news is a bit hard to digest, not because of the price but because of the fact that the customers of Ford GT are bounded by a contract which bars them from selling the car within 2 years since delivery.

The Ford GT in question in the 48th unit of the supercar which had just 7 miles on its odometer. Interestingly, the car was sold in just two minutes of the auctioning process, proving that the Ford GT is one of the most desirable supercars in used car market today. In just two minutes, the original price of $450,000 of Ford GT shot up to $1.815 million. 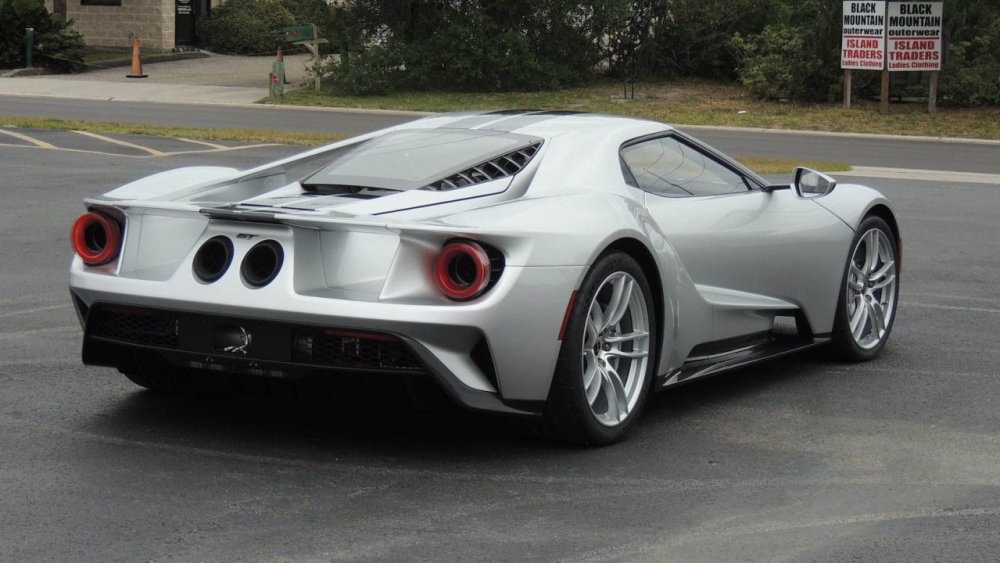 Dana Mecum, Chief of Mecum Auctions stated, “A judge did rule in Mecum’s favor that we can sell this car and if Ford wanted it back, they were welcome to come here and bid on it. We had some people worried that there would be repercussions. There are no repercussions with this car. It was contested in court. You bid on it, you buy it, it’s yours. This is America. You can buy and sell what you want.”

In 2017, this particular contract of Ford was breached by renowned wrestler John Cena, who sold his Ford GT within a few days after buying it. Ford subsequently sued Cena for the breach of contract.