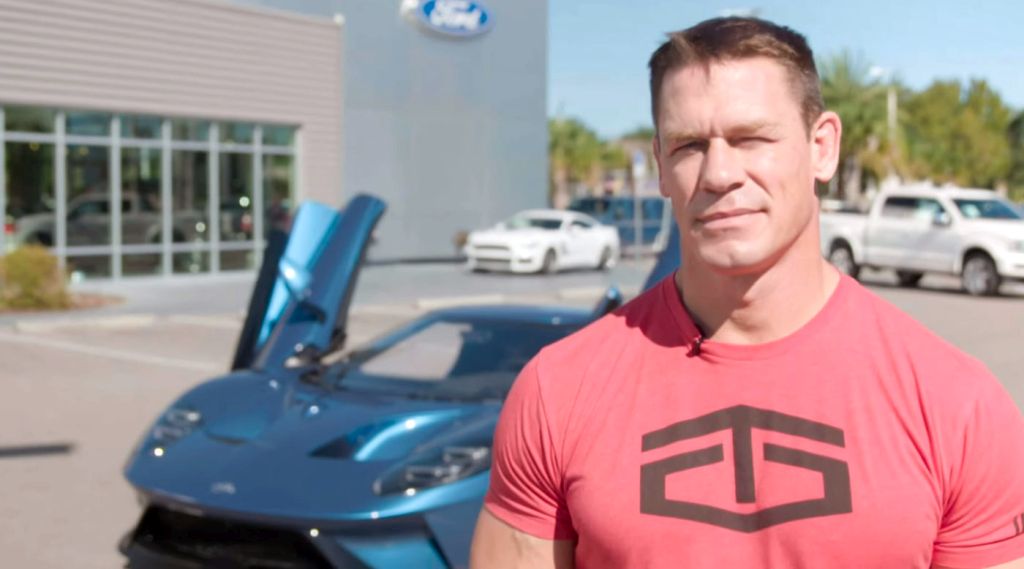 John Cena has sold his 2017 Ford GT and Ford is not particularly pleased with the WWE superstar.

John Cena recently posted a video of his brand new Ford GT but according to TMZ, the wrestler has already sold his supercar. This hasn’t gone well with Ford and the company has reportedly sued him over it.

According to Ford, the resale was “unauthorized” and caused “loss of brand value, ambassador activity, and customer goodwill due to the improper sale.” Ford is seeking an undisclosed amount for the damages and losses that the company suffered due to the sale in addition to the profit Cena on his car.

John Cena has responded to the reports. He said, he had to sell his Ford GT and other pieces of property to pay his bills.